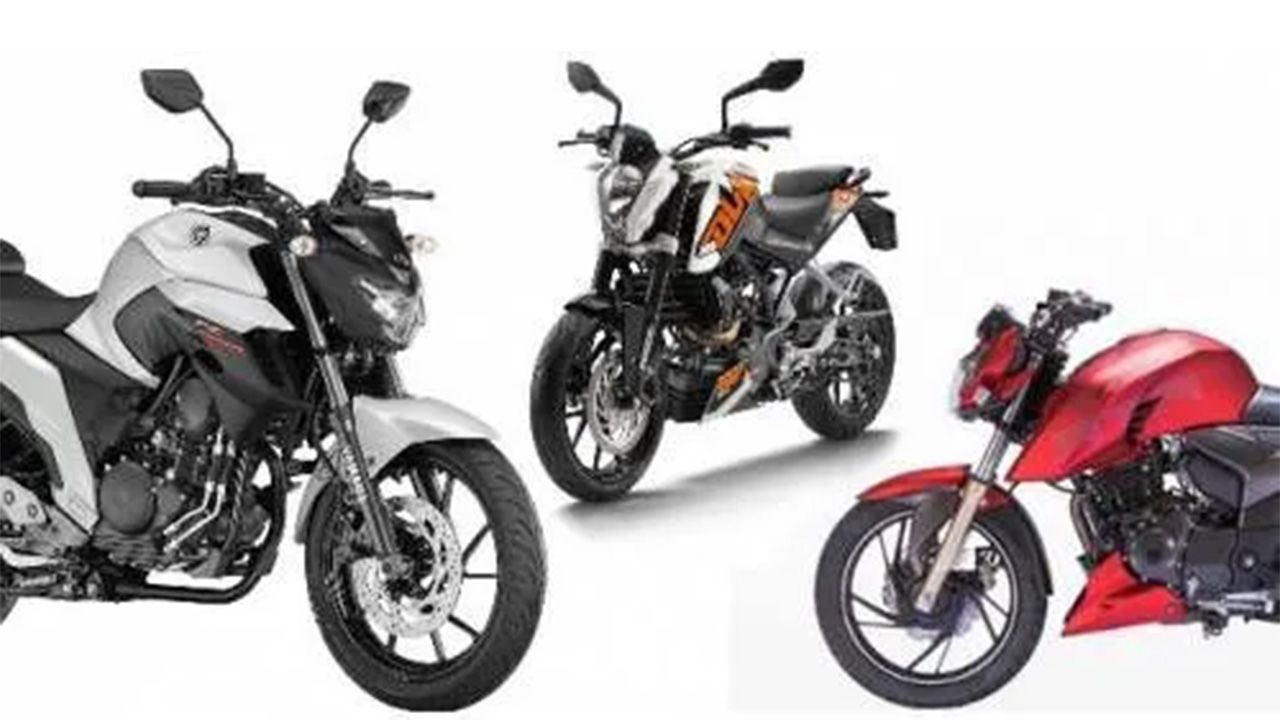 Where does the recently launched Yamaha FZ25 stand against its rivals?

After a long wait and endless speculations, Yamaha finally launched the FZ25 at Rs 1.19 lakhs. At this price, it falls exactly between the KTM 200 Duke which costs Rs 1.44 lakh and the TVS Apache RTR 200 4V carrying a sticker price of Rs 93,725 for the carburetted version with Pirelli tyres. All prices ex-showroom Delhi. Although there is a considerable difference in price between these three motorcycles, in the larger scheme of things, they are somewhat in the same segment. Let’s dive deeper into the specifications of these motorcycles to get a clearer picture.

The Yamaha FZ25 comes fitted with a 249cc single-cylinder engine that churns out peak power of 20.6bhp and max torque of 20Nm. The TVS offering produces similar figures – 20.2bhp and 18.10Nm. Interestingly, both these motorcycles tip the scale at 148kg. In terms of performance then, the FZ25 as well as Apache RTR 200 should be somewhat identical. The KTM 200 Duke on the other hand packs more power at 24.6bhp while its torque rating stands at 19Nm. That being said, all of this power and torque comes higher up the rev range than the Yamaha and the TVS. The KTM’s engine comes mated to a 6-speed transmission while the other two motorcycles come fitted with a 5-speed gearbox. Although priced on the higher side, the KTM gets a few advantages over both the other bikes like - liquid-cooling and reduced weight of just 136kg.

The Yamaha FZ25 is based on a diamond type frame while the TVS Apache RTR 200 sits on a double cradle split frame. Here too the KTM manages to carve out an advantage thanks to the weight reduction it manages to achieve with its steel trellis frame.

Each of these motorcycles come fitted with disc brakes up front and at the back. That being said, the 200 Duke gets the largest front disc (300mm) among the three. The FZ25 sports a 282mm front disc while the Apache RTR 200 comes fitted with a 270mm one. At 240mm, the Apache RTR 200 gets the largest rear disc among its rivals in discussion. At the back of the KTM is a 230mm disc brake while at 220mm, the Yamaha gets the smallest rear disc of the three.

In terms of features, each of the three motorcycles have something unique to offer. The Yamaha FZ25 comes equipped with an LED headlight and taillamp. The Apache RTR 200 is the only motorcycle in this comparison to feature a dual-channel ABS. That being said, unlike the other two, it misses out on fuel injection. The KTM 200 Duke is the only motorcycle to sport an underbelly exhaust and backlit switchgear.

Studying these three motorcycles on paper, all of them are somewhat equally matched and it will be interesting to see how well the new Yamaha FZ25 holds its own against two extremely impressive motorcycles.