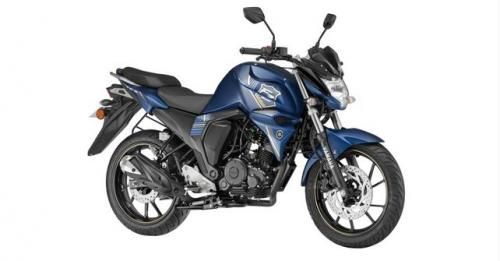 The FZS-FI now comes with improved braking, but ABS is still absent.

Yamaha has introduced the rear disc brake variant of the FZS-FI in India. The bike is priced at Rs. 86,042 (ex-showroom, Delhi).

The new model boasts a 220 mm hydraulic single rear disc brake, along with new alloy wheels and a new mirror design. Sadly, ABS is still not offered on the FZS, not even as an option. The rear disc brake variant is available in a single new shade called Armada Blue.

Speaking on the launch, Roy Kurian, Senior Vice President, Sales and Marketing, Yamaha Motor India said, ‘The legacy of Yamaha’s FZ series in India is all about the inheritance of a unique motorcycling passion. Immensely popular with Indian bikers all the way through almost 10 years from the day it was launched in India, and winning over a million hearts, it was crowned to become the “lord of the streets” by the collective culture of the country’s motorcycling. While its best seller features like build and appearance, superior engine technology, fuel mileage and suspension are retained, the new additions will excite the present and new customers.’