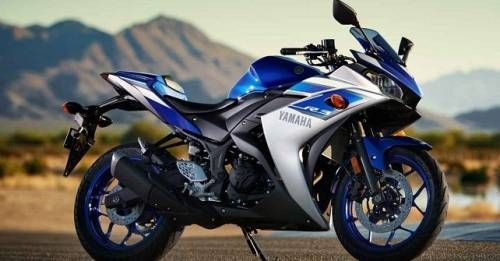 In many ways, it can be concluded that Yamaha started the ‘superbike’ culture in India. When the Indian market was waking up to the performance oriented motorcycles, moving away from the fuel efficient ones, R1, FZ 1, VMax and MT 01 were already here. The R15 carried forward the trend and was soon followed by the FZ series which were accepted with open arms by the Indian biker fraternity.

Well, Yamaha has carried on the trend by launching a more-potent-then-ever YZF-R3 in the Indian market. This new pocket rocket from Yamaha has a fuel injected, inline twin engine with a displacement of 321cc. The bike makes the perfect balance of performance, nimbleness, fun and looks delivering a more than perfect package to the Indian audience. The lightweight body, mass centralisation, and an aggressive riding stance will allow the rider to push the bike to the limit without tiring himself/herself much.

Commenting on his expectation on the latest offering, Mr. Roy Kurian, Vice President- Sales & Marketing, Yamaha Motor India Sales Pvt. Ltd, said, “The YZF-R3 is a model that takes the R-Series technology and know-how Yamaha has accumulated since the original YZF-R1 and brings the world of the “YZF” lineup to the 320cc displacement class. The YZF-R3 is expected to attract younger racing enthusiasts looking for their first racing bike. Currently the Supersports segment (250cc to 600cc) is doing around 1000 bikes a month and our plan is to attain a 20% market share in the segment.”

The Yamaha R3 will reach the markets via the CKD route which also answers the high pricing of it. What will be interesting to see is its fate, and how much different it will be from that of the Kawasaki Ninja 300 which, we believe, also died due to its high pricing.