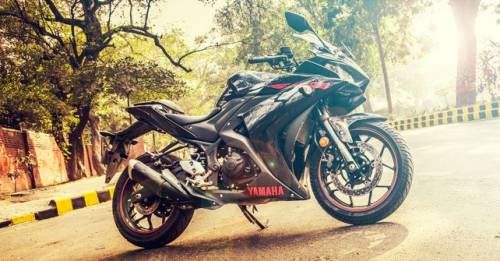 The Yamaha R3 has been temporarily discontinued in the country since it does not meet BS-IV norms.

The Yamaha R3 may be an impressive motorcycle for what it offers, but there’s no denying the fact that it hasn’t really set the sales chart on fire for its maker. While the sales of the R3 have been continuously dwindling ever since its launch in 2015, Yamaha didn’t really find it necessary to pull the plug on the motorcycle. Now, though, the manufacturer has discontinued the R3 in India. However, the reason behind doing so has nothing do with the low demand of the bike. The sale of the R3 has only been temporarily halted in the country, owing to the fact that it’s a BS-III model. A BS-IV compliant version is on its way, we’re told.

Following the Supreme Court’s ban on the sale and registration of new BS-III vehicles from April 2017, all the manufacturers have already made their entire product portfolio meet BS-IV norms. In fact, barring the R3, Yamaha’s model range in India is also BS-IV compliant now. Yamaha is expected to launch the BS-IV compliant R3 around June 2017.

The Yamaha R3 features a 321cc liquid-cooled parallel-twin engine with DOHC arrangement. The engine develops 41.4bhp at 10,750rpm along with a peak-torque of 30Nm at 9,000rpm. Sending the drive to the rear wheel is a six-speed gearbox. Expect the BS-IV compliant engine to retain these numbers.

As for other updates with the BS-IV model, Yamaha may offer new colour schemes as well as ABS (optional) with the motorcycle as it does in some of the global markets. The BS-IV Yamaha R3 shouldn’t cost all that more from the outgoing model’s price tag of Rs 3.25 lakh (ex-showroom, Delhi).