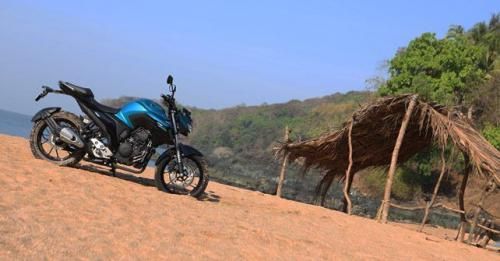 Nearly 24,000 units of the two motorcycles collectively have been affected by a head cover bolt issue

Yamaha introduced the FZ25 in India roughly a year ago and followed it up with the launch of the Fazer 25 in August 2017. The Japanese bike maker has now issued a recall for both these motorcycles sighting an issue related to the loosening of head cover bolts. Yamaha has issued a voluntary recall of 23,897 units – 21,640 units of the Yamaha FZ25 and 2,257 units of the Fazer 25. All the necessary repairs will be made by the company free of charge and can be made at any Yamaha service centre. In fact, respective dealerships will also directly approach existing customers for the recall.

Although both the motorcycles were launched at different times, they share the same underpinnings. Both motorcycles are powered by a 249cc single-cylinder engine generating 20.6bhp and 20Nm. This engine comes paired with a 5-speed gearbox. Aside from the engine, both motorcycles have the same Diamond frame. To cushion the roughness of the road, Yamaha has fitted them with telescopic forks up front and a monoshock setup at the back. Braking duties are performed by a 282mm disc up front and a 220mm disc at the back. Both motorcycles miss out on ABS though.