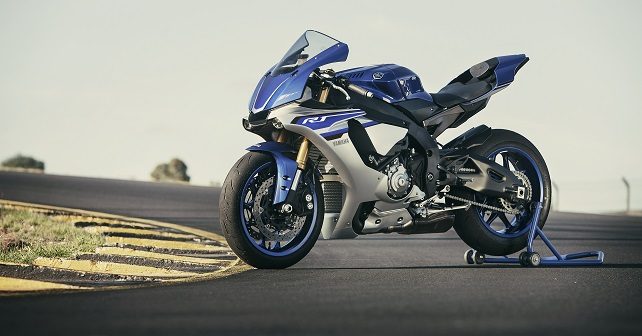 Following recalls issued internationally by Japanese motorcycle major Yamaha, the company’s Indian arm too has released a recall for the company’s flagship YZF-R1 and YZF-R1M superbikes. Yamaha India has sold nine units in total of both the R1 and R1M in the country.

The recall came into effect owing to a faulty transmission design in which the pinions of the transmission and the second gear wheel could break under high stress and or improper gear shifting. The recall will see Yamaha India replace the gearbox or fix the problem free of charge. In order to do this the company may need to keep the motorcycle at the service centre of 16 hours or more.

The company has issued a statement on the matter which reads as follows, “TheYZF-R1 and YZF- R1M has been a significant milestone in the company’s history and a lot of thought and hard-work has gone into its establishment and design. We at Yamaha constantly monitor the performance of the vehicles used by our customers as well as the performance of various motor parts. During the extensive study of the products, our parent company Yamaha Motor Co. Ltd., Japan has found a defect, which relates to deformation of transmission gears & breakage which exists in R1 and R1M motorcycles manufactured in the year 2015.’’

''However, no such problem has been reported from anywhere in India so far but we value our customers and their safety is our prime concern. Therefore, India Yamaha Motor has decided to run a voluntary recall campaign on 9 units of motorcycles which include 7 units of YZF-R1 and 2 units of YZF-R1M. We will be rectifying the error by replacing the transmission with a modified one on a free of cost basis. We at Yamaha ensure that our customers continue to enjoy riding our products. The company plans to begin the voluntary recall exercise today through a factory modification campaign which will be run through the company’s authorized superbike dealership network across the country. The customers will be contacted through mail as well as phone calls starting today, to fix an appointment to extend every support through this campaign,” said, Ravinder Singh, Vice President, Strategy & Planning, Yamaha Motor India Sales.