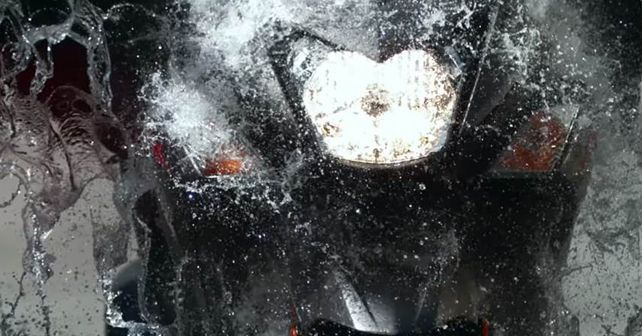 After showcasing the concept at the 2018 Auto Expo, Yamaha has finally dropped teaser videos of the Ray ZR 110 Street Rally Edition on their official YouTube channel.

The release of the videos hints that the Japanese manufacturer is planning to launch the scooter soon. While the video does not specify the product as such, but from the visuals, it is easy to identify that it is, in fact, the Ray ZR 110 Street Rally Edition of the scooter.

The styling will remain similar to the concept that was showcased at the Expo, featuring the graphics and dual tone finish. It will also get an all-digital instrument panel. The product itself will not be a brand new but will be based off the Ray ZR variant from their existent range of scooters. The Ray ZR 110 Street Rally Edition will feature the same 113cc, air-cooled, single-cylinder engine found on other Yamaha scooters in India. The motor develops 7bhp and 8Nm of torque. The Scooter will also get telescopic front fork and a rear mono-shock suspension setup. It will run on 90.100 size tyres with a front disc and a rear drum brake.

The Ray ZR standard version carries an ex-showroom price tag of ₹55,898, while the Street Rally Edition is expected to be priced at a premium, making it Yamaha’s most expensive scooter offering in India.

Watch the small teaser videos below: