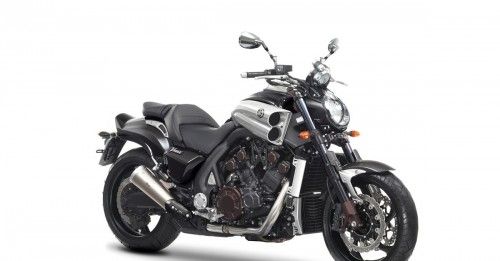 In 1985 the Japanese motorcycle manufacturer Yamaha launched one of the most spectacular bikes the world had ever seen. It was called the V-max and it features a massive V4 engine and a very distinct style. 30 years on and the latest VMAX is still the ultimate muscle bike. With its 195bhp 1,679cc V4 engine and advanced aluminium chassis, the next generation VMAX is built to deliver adrenaline-charged performance together with unrivaled street presence and yet it still looks much the same as it did 30 years ago.

To celebrate 30 years of this iconic motorcycle, Yamaha has launched the 30th anniversary VMAX Carbon. The 2015 Yamaha VMAX Carbon is exactly as the name implies - a VMAX drag bike laden with lightweight carbon fiber. In total, the VMAX Carbon’s tank cover, front and rear fenders, and side covers are all made from carbon fiber. Fitted with exclusive bodywork and thundering Akrapovic slip-on mufflers, this iconic Sport Heritage muscle bike gets a well deserved upgrade.

Unfortunately, the legendary designer of the VMAX died the same week the VMAX Carbon was announced. Kenji Ekuan founded GK Industrial Design – the company that has been responsible for many of the most famous Yamaha motorcycle designs in the past 50 years and still works closely with Yamaha today. He was 81.