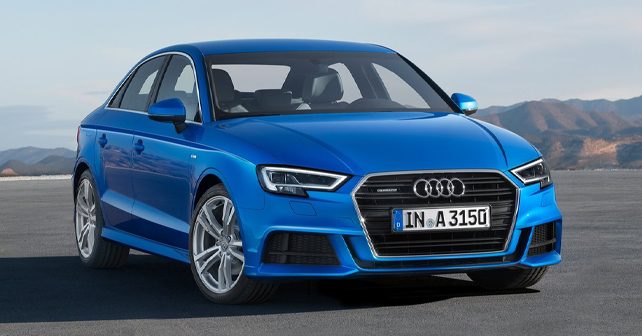 2017 Audi A3 is claimed to be sharper, more powerful and better-equipped.

Four years after its arrival, the Audi A3 has now received a mid-life facelift. Updates include refined exterior design and new equipment along with the addition of two all new entry-level petrol and diesel engines to the range.

On the aesthetic front, revisions are subtle in nature, meaning they could be missed out easily if you’re not attentive. The refreshed A3 gets a new pair of headlamps - which look strikingly similar to those on the new A4, a sharper grille, new front and rear bumpers, new design alloy wheels and re-profiled LED tail-lamps. Optional Matrix LED headlamps on the refreshed A3 complete the exterior updates on the new model. 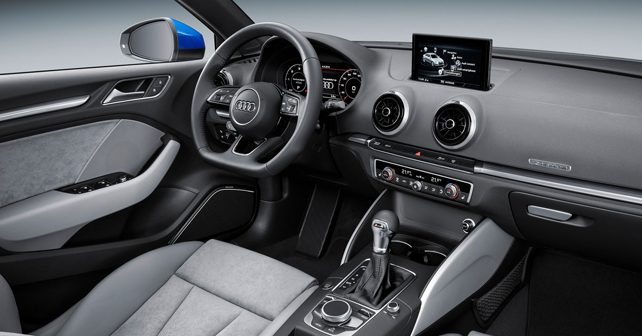 Inside, the A3 will now come equipped with a 12.3-inch Audi Virtual Cockpit infotainment system that moves controls and menus from the traditional center console screen to the instrument cluster behind the steering wheel. Other than that, the interior design and layout remain largely unchanged from the current model. International spec models also get some additional driver assistance systems like active lane assist, pedestrian protection, and traffic jam assist.

Globally, six engines comprising 3 petrol and 3 diesel powertrains will be offered with the updated A3 range. The petrol range adds an all-new 1.0-litre TFSI engine that is rated at 114bhp and 200Nm. Next on offer is a 147.5bhp/320Nm 1.4-litre TFSI. The top-end petrol is powered by a 2.0-litre TFSI developing 188bhp and 320Nm. 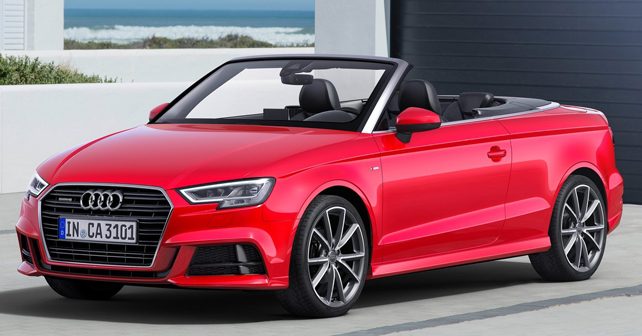 The diesel range has two 2.0-litre TDI engines with 147.5bhp/340Nm and 181bhp/380Nm tune. There’s also an entry-level 1.6-litre TDI mill developing 109bhp (torque figure not released as of now). Depending on the engine spec and body type (hatchback/sedan/convertible), the A3 range will have a six-speed manual or six- and seven-speed dual clutch automatic transmission on offer. The 2.0-TFSI will have all-wheel drive quattro drivetrain on offer whereas others will have the standard front-wheel drive layout.

The more performance oriented S3 gets a minor bump of 10bhp and 20Nm in power and torque figures as well – its 2.0-litre TFSI motor now develops 306bhp and 400Nm.

Audi currently sells the A3 in sedan and convertible forms in India. We expect the refreshed model to make its way to the Indian market sometime later this year.