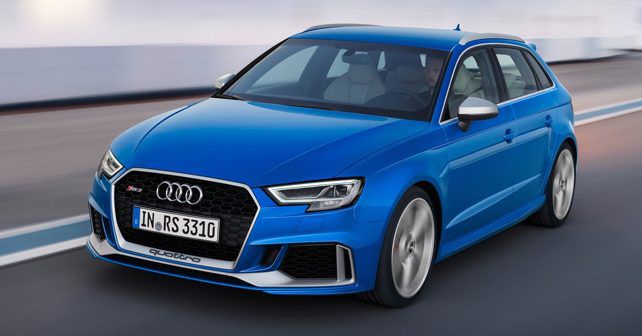 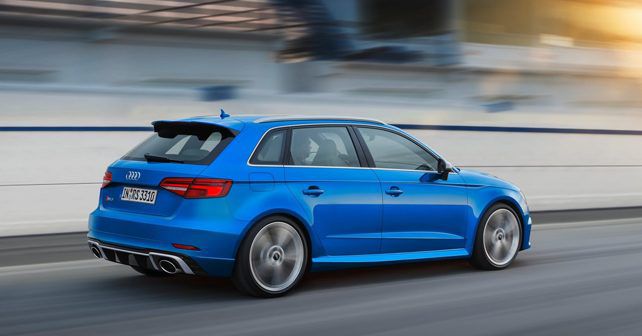 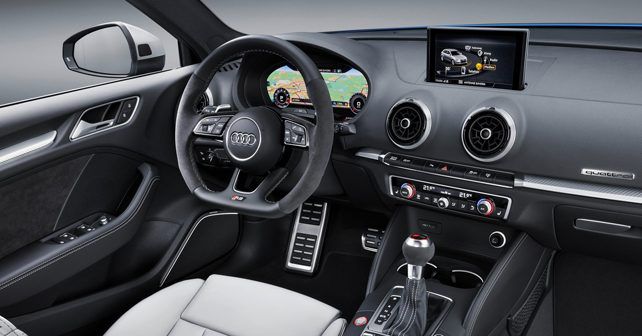 The Audi RS3 has yet again waged horsepower war on its rivals. In its latest 2017 avatar, the hot-hatchback from Ingolstadt has received some serious power gains with its peak horsepower inching closer to the magical 400bhp mark!

Let’s cut straight to the chase then. First up, the engine. It’s the same fire-breathing 2.5-litre TFSI five-cylinder petrol motor. However, the impressive bit here is that the engine is now 26 kilograms lighter, thanks to an aluminium crankcase. In addition to that, the engine employs dual injection into the intake manifold and into the combustion chambers while Audi valvelift system allows the engine to breathe better. The result of all of that is 33bhp and 15Nm bump in power and torque figures. The peak horsepower now stands at 394bhp along with 480Nm of torque. In comparison, its arch-rivals, the Mercedes-AMG A45 and BMW M140i develop 375bhp and 335bhp, respectively.

Channelling the power reserves from the five-pot motor is a seven-speed dual-clutch automatic transmission in the RS3. The drive goes to all four wheel via quattro all-wheel drive system. As per Audi, the updated RS3 hatch will clock 0-100km/h in 4.1 seconds – two-tenth quicker than the outgoing version, a tenth faster than the A45 AMG and half a second quicker than M140i. Top speed will be limited to 250km/h, but it you request, Audi will lift up the limiter to allow the RS3 to go as fast as 280km/h!

Apart from the improved mechanical bits for better performance, the rest of the package remains more or less unchanged in the new model. The 2017 Audi RS3 hatchback will debut at the upcoming Geneva Motor Show, following which it will go on sale in April. In Europe, the new RS3 will be priced at 54,600 euros (Rs 38.83 lakh).