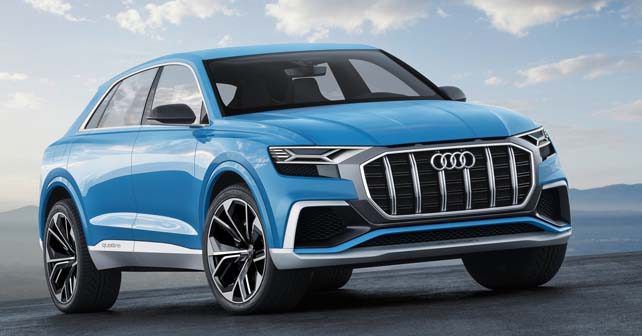 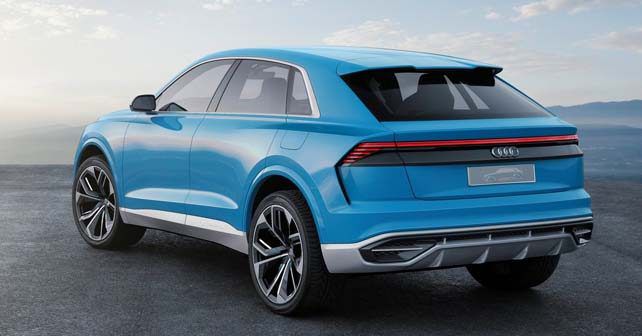 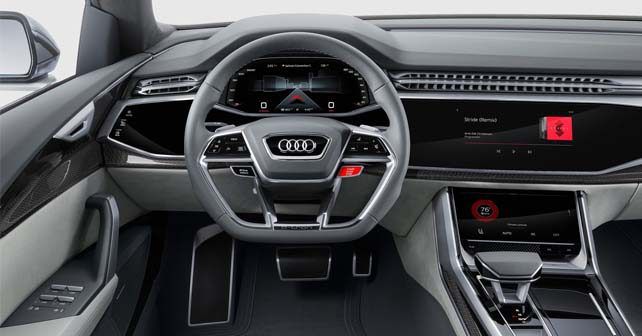 It may have taken Audi a while, but the Ingolstadt-based luxury car maker is all set to join BMW and Mercedes-Benz in the controversial crossover-coupe segment. At the ongoing Detroit Motor Show, Audi took the wraps off the all-new Q8 Concept. It might just be a show car at the moment, but Audi has confirmed that the production version will be out in 2018 with BMW X6 and Mercedes-Benz GLE Coupe in its cross hairs.

There’s no denying that the Q8 Concept looks quite radical. With its sloping and coupe-like roofline it successfully manages to look part coupe part crossover. However, what really draws your attention in terms of styling here is its massive singleframe grille and the slab-sided rear section. And of course you can’t miss those massive 23-inch alloy wheels, which look quite cool. There’re some typical Audi design elements, too – like, the sleek Matrix laser headlamps and a wide C-pillar that’s reminiscent of the Ur-quattro from the Eighties. To highlight its sporty nature, the Q8 comes with frameless windows while there are no door handles – only touch sensors. Overall, the Q8 Concept’s styling will draw divided opinions, but we’d reserve our judgement till the final product comes out.

The Q8 will be based around the same platform as the current Q7. As a consequence, it’s as long as the Q7, albeit a little bit wider and sits lower to the ground. On the inside, the Q8 will one-up the Q7 with its all-digital cabin where touch displays replace buttons and knobs. There will also be an upgraded version of the Audi Virtual Cockpit featuring a 12.3-inch HD display.

Audi showcased the Q8 concept as an e-tron plug-in hybrid model at the Detroit show. This means it’s propelled by a 329bhp/500Nm producing 3.0-litre TFSI petrol engine and a 100kW electric motor. Combined, the system develops a total power output of 443bhp and 700Nm. Power is sent to all four wheels via an eight-speed automatic and quattro four-wheel drive system. As per Audi, the Q8 will hit 0-100km/h in 5.4 seconds, before reaching its electronically limited top speed of 250km/h. Running on electric power alone, the Q8 will have a range of 60km, claims Audi. 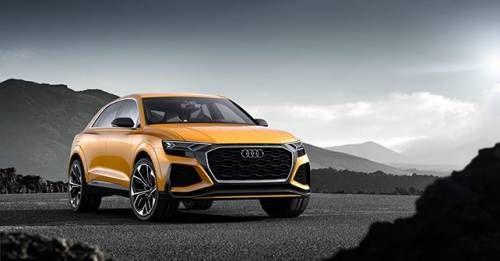