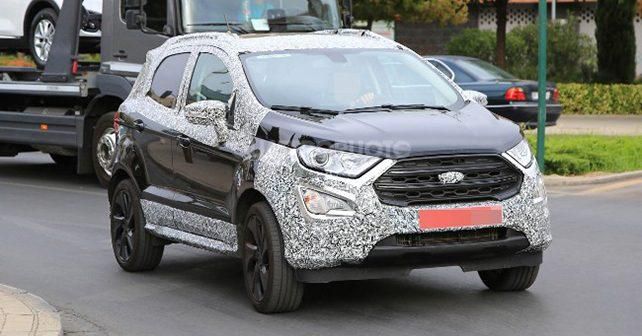 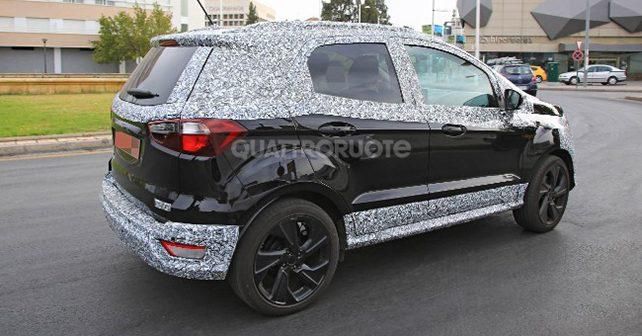 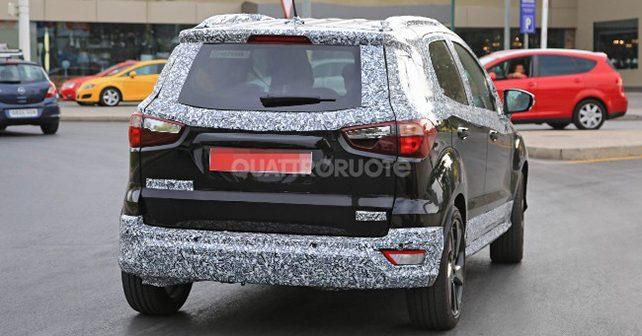 Ford is currently testing an ST version of the EcoSport which is expected to debut in Frankfurt.

Our partner Quattroruote has spotted the latest iteration of the Ford EcoSport with cosmetic upgrades testing on public roads. The changes hint at a new ST line which could be offered with the EcoSport. Ford may showcase the final production version of the ST line of the compact crossover at the 2017 Frankfurt motor Show.

The latest facelifted EcoSport is already on sale in North and South America. The ST line was spied testing with some camouflage film of what seems to be hiding a more aggressive exterior styling inspired by the larger Kuga and Edge models. The front and rear bumper will be tweaked slightly and the side-skirts are also more pronounced. The car featured new larger blacked out alloy wheels, however, the test car seemed to be the Euro-spec version as it did not feature a tailgate mounted spare wheel.

The EcoSport ST line is unlikely to be offered in India, as it may be reserved for European and possibly the North American market. The EcoSport is offered with three engine options – 1.0 EcoBoost 3-cylinder turbo petrol, and 1.5-litre petrol and diesel options with a 5-speed manual or 6-speed DCT automatic.

The new EcoSport ST line is expected to feature all-wheel drive and the latest Ford SYNC 3 infotainment and connectivity system with Apple CarPlay and Android Auto with an 8-inch touchscreen.