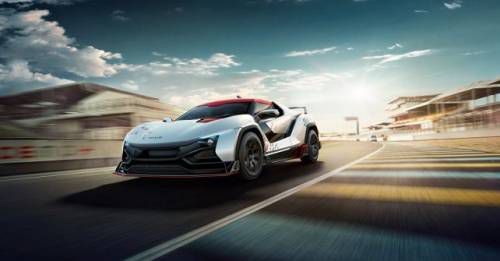 A few weeks back at a press conference in Mumbai, India, Tata Motors announced the launch of their sub-brand Tamo. Announcing their future strategy, the company said Tamo will be positioned as a low-volume experimental sub-brand. Now, the Sanand-based carmaker has revealed to the press the first model under the Tamo sub-brand – the RACEMO.

So, what is this RACEMO? Before we tell you what it is, here’s what it can do. The RACEMO can cross the 100km/h marker from standstill in under 6 seconds. And to achieve that it has been fitted with a light-weight aluminium 1.2-litre turbocharged motor that makes 186bhp and 210Nm. This engine comes mated to a 6-speed AMT box which also comes with paddle shifts. 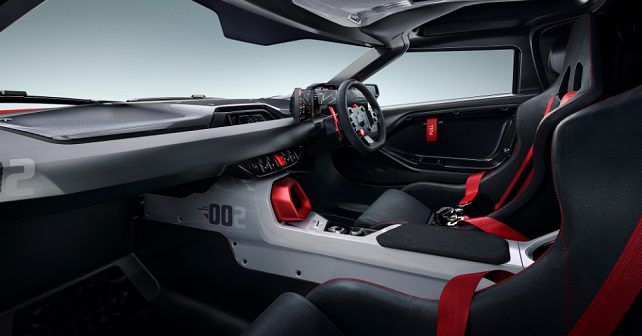 What’s more interesting is that the RACEMO not only uses a 1.2-litre engine, it is also under 4 metres in length. That’s right, this rear-mounted mid-engine sports car is 3,835mm long, 1,810mm wide and 1,208mm tall. Despite being a sportscar, at 165mm, the RACEMO sits quite high off the ground. The car has been crafted at Tata Motors’ design studio in Italy. Tata has done well to retain signature design elements like the humanity line on the RACEMO too.

Speaking at the unveil of ‘RACEMO’, Guenter Butschek, CEO & MD, Tata Motors said, “We launched our sub-brand TAMO as our answer to new technologies, business models and partnerships. ‘RACEMO’ is the first innovation from TAMO, and our emotional, unexpected leap to the future. Symbolising the change that is taking place at Tata Motors, ‘RACEMO’ is the proving ground of the TAMO family of vehicles and will drive the future of India’s connected generation. From styling and design to driver experience and technology, RACEMO is an extension of customers’ personality, as part of their digital ecosystem and will break the ice with a radical new presence and pique the interest in the parent brand.” 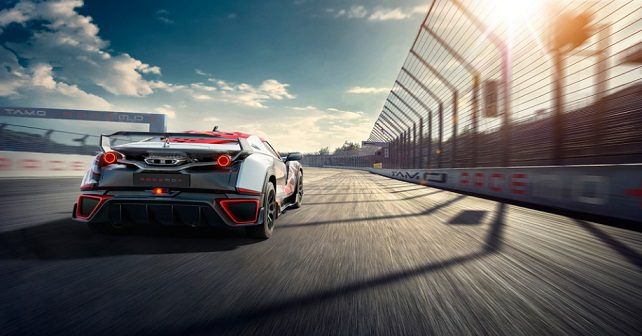 At the Geneva Motor Show, Tata Motors has ensured that press and public get the true RACEMO experience through the street version RACEMO, the race version RACEMO+, the FORZA Horizon 3 gaming stations and the Hololens experience zones plus in-car social media connect will capture the imagination of the visitors.

Tata Motors has been giving us a sneak-peek into the Tamo brand ever since its launch last month. The second model under the Tamo sub-brand is expected to be unveiled at the 2018 Geneva Motor Show. Until then Tata will be prepping the RACEMO for its official debut at the 2018 Auto Expo in Delhi. Tata Motors also unveiled two of its upcoming models, the Tigor and the Nexon at the Geneva Motor Show this year.