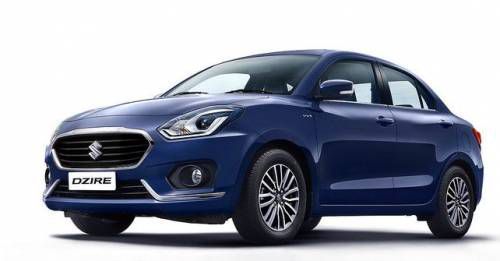 The third-generation Maruti Suzuki DZire has just made its global debut in New Delhi. While there’s still some time left before it reaches the showroom floors, Maruti Suzuki has revealed all the major details related to the new DZire. Here’s a quick low-down on the improvements it marks over its predecessor,

New ‘Heartect’ platform: The most significant improvement in the new DZire is that it has now moved to a brand new platform, which is lighter, wider, longer and more rigid (read: safer) over the previous model. Called the Heartect, this is the same platform that underpins the Baleno and Ignis.

In numbers, the new model is 3,995mm long, 1,735mm wide and 1,515mm tall. The wheelbase is up from 2,430mm to 2,450mm in the new model. What’s more, there have been some serious weight savings as well – the petrol version is around 85 kilograms lighter, whereas the diesel version shaves 105 kilograms as compared to the previous-gen car.

Design: Thanks to the new platform, the new DZire now sports an all-new design. The front-end, in particular, has been completely revised. To give the car an upmarket look, Maruti has installed LED projector lamps, a new grille and a new bumper. The side profile is reminiscent of the old model, but it looks more proportionate now. It also gets bigger new 15-inch alloy wheels, which look quite chic. Around the back, the stubby boot with LED tail-lamps now gels well with the overall design. Also, there are six exterior shades to choose from, namely – Oxford Blue, Sherwood Brown, Gallant Red, Magma Gray, Silky Silver and Arctic White.

Upscale interior: This is another area where the DZire has taken a giant leap. The cabin design and layout is completely new, meaning no parts sharing with other Maruti models. The interior sports a dual beige-black tone while top-end models also get faux-wood accents below the dashboard. The flat-bottom steering in the new DZire is a first for any Maruti car in India. In top end variants, the lower part of the steering also gets faux wood treatment. There’s also a new touchscreen infotainment system.

New features & equipment: The new DZire gets a large touchscreen infotainment system that comes with Apple CarPlay and Android Auto connectivity. The screen doubles up as a parking camera. In addition to that, the car comes with auto headlamps, steering mounted controls, automatic climate control, start-stop ignition button, electrically adjustable and foldable ORVMs, and many more creature comforts.

More spacious: Since the new DZire has a longer wheelbase, this has liberated more space on the inside. The rear bench is more comfortable and spacious, while occupants at the back now also get rear AC vents and a charging socket. The boot space has also been increased to 376 litres in the new model.

Efficient powertrains: The engine options on the new DZire remain unchanged from the previous model. There’ll be a choice between a 1.2-litre petrol and a 1.3-litre diesel engine. While Maruti hasn’t divulged the specifications of the engines as yet, there won’t be any significant revisions in terms of power output or torque. But, since the engines are strapped on to a new lightweight platform, expect them to be more efficient.

AMT for all: Although the new DZire will come standard with a five-speed manual gearbox, AGS or AMT (automated manual transmission) will be optional on all the variants – except for base LXi and LDi trims. As per Maruti, the petrol version has the same AMT gearbox as the Ignis, while the diesel engine gets revised ratios. Given the rising popularity of automatic gearboxes, the AMT-equipped variants will definitely help DZire find more takers – not that there’s a dearth of buyers, but still.

Safety: The new DZire will come equipped with ABS, dual airbags and ISOFIX seats as standard, which we think will be appreciated by customers.

Now, the only thing that remains to be seen is how Maruti prices the new DZire. And for that, we’ll have to wait till May 16, 2017.