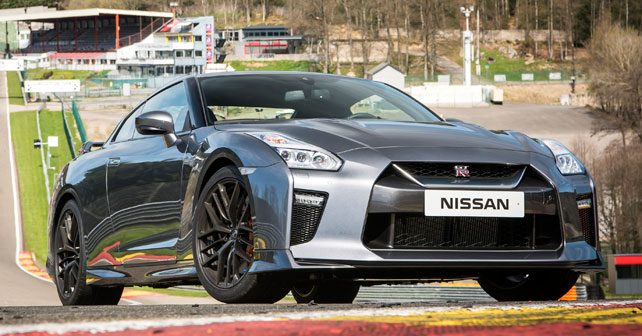 Nissan India starts pre-bookings of the 2017 GT-R with its launch expected some time around November, 2016.

Godzilla enthusiasts, rejoice! After a long wait, Nissan has finally announced that it has started accepting pre-bookings for the 2017 GT-R in India. Interested customers will need to shell out an advance deposit of Rs 25 lakh at select Nissan dealerships in order to get one into their garage.

At the Delhi Auto Expo earlier this year, Nissan had confirmed of finally bringing the GT-R to our shores. However, the company had showcased the older version of the car that time. A month later in March 2016, Nissan revealed the refreshed 2017 GT-R at the New York International Auto Show, and that’s the model which is now coming to India. There’s however a slight delay and it will only come here by November, and not in September as announced earlier during the expo.

In comparison to the old model, the 2017 GT-R has received the most thorough makeover since the original car’s launch in 2007. The GT-R’s 3.8-litre V6 twin-turbo powertrain has also been tweaked in the new model. This means it now develops 562bhp @ 6,800rpm - 20bhp more than the outgoing model - along with a peak torque of 637Nm. Power reserves from the engine are channeled to all four wheels via a six-speed dual-clutch automatic. 0-100km/h will be dismissed in 2.8 seconds!

Commenting on the development, Guillaume Sicard, President, Nissan India, said, “The 2017 GT-R will bring more excitement to the Nissan range in India. GT-R represents the pinnacle of Nissan’s driving performance and this latest model has become even more powerful and luxurious. We are proud to offer this legendary sports car to Indian performance car enthusiasts.”

When launched, the Nissan GT-R will lock horns with the likes of the Porsche 911 Carrera, Mercedes-AMG GT, Jaguar F-Type, etc., albeit it’s expected to undercut its rivals on the pricing front, which's something that's earned it the ‘Supercar-bargain’ name all over the world.