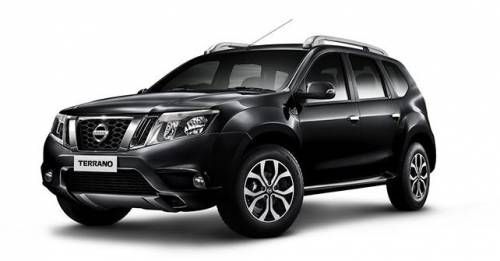 Nissan has launched the updated version of the Terrano SUV for a starting price of Rs. 9.99 lakh and has packed the car with 22 new features. Here are some of the highlights of the new Terrano which you need to know.

As for proportions and styling of the exterior, Nissan has left the Terrano untouched. However, a few cosmetic changes have been incorporated to make the SUV more appealing. The biggest introduction on the new Terrano is the Sandstone Brown exterior colour which has been added to the offering. Additionally, the front bumper has been redesigned slightly and the fog lamps are now larger and feature a chrome element that surrounds the assembly. The Terrano also has an option of L-shaped LED DRLs which can be equipped at the dealer level.

The interior has been given a black and brown dual-tone finish with the integration of driver armrest along with centre armrest for the rear seat with cup holders. Higher variants of the new Terrano get leather upholstery, while the lower variants will be equipped with fabric finished seats. Nissan has included a new 7.0-inch touchscreen infotainment system lifted from the latest Renault Duster. The system features navigation and voice recognition compatible with iOS while USB, AUX and Bluetooth is also integrated. 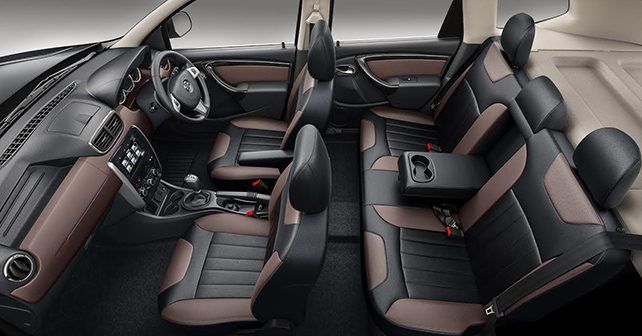 The steering wheel of the new Terrano is new, but it is the design lifted from the previous generation of the Duster. Nissan have also included steering mounted controls for the infotainment system and also integrated Cruise Control which is offered in higher variants.

The new Nissan Terrano gets the same engines and gearbox options as the previous version. A 1.6-litre 4-cylinder K4M petrol engine which develops 103 bhp and 145 Nm of torque. The 1.5-litre 4-cylinder turbo diesel dCi engine is offered in two tunes states – a less powerful 84bhp and 200Nm of torque version or a more powerful 108bhp and 243Nm of torque. The petrol motor comes mated to a 5-speed manual and is only offered in one variant. The diesel engine on the other hand, has an option of a 6-speed manual or a 6-speed AMT.