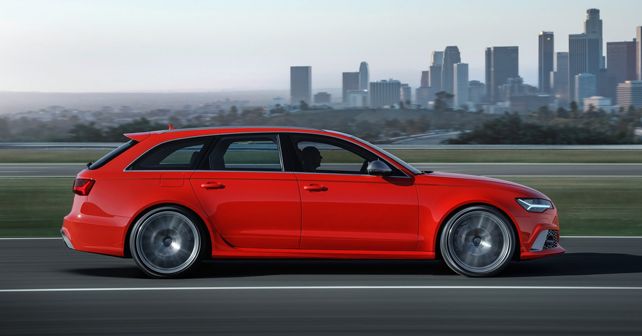 Earlier this year in March, Audi hinted about adding the RS6 Performance station wagon to its lineup in India. However, we never saw it reach the showroom floors. Now, after a bit of delay, Audi India has announced that the RS6 Performance is available in our market with a price tag of ₹1.65 crore (ex-showroom). So, if you have been waiting for a load-lugger that can do 0 to 100km/h in 3.7 seconds – with your family, pet and luggage on-board – this is the only option that you have.

On the visual front, there aren’t many differences between the standard and the Performance versions. But, in case you are curious, the RS6 Performance comes with titanium detailing on the grille, roof-rails and mirror casings. There are new 21-inch wheels, too. Inside the cabin, the changes are more significant though – there’s RS sports seats with side bolsters and integrated head restraints and the seat upholstery features an Alcantara/leather combination with a honeycomb pattern. And then you also get all the cutting-edge tech and features that have become a norm in an Audi.

Coming to the powertrain, the RS6 Performance earns part of its name from the extra punch its motor packs. You see, the 4.0-litre, twin-turbo V8 has now been tweaked to produce a whopping 597bhp and 750Nm of torque – an increase of 45bhp and 50Nm over the regular RS6. Power transmission duties are carried out by an eight-speed automatic transmission that channels the V8 motor's fury to all four wheels. Top speed is electronically limited to 250km/h, but you can ask your dealer to raise it up to 280km/h or 305km/h, depending on the extra cash that you’re willing to pay.

As bonkers as the current RS6 Performance is, Audi is already working on the new RS6 – the one based on the fifth-gen A6 sedan. Reportedly, it’s going to share the same 4.0-litre twin-turbo V8 that currently finds application in the Porsche Panamera and Lamborghini Urus. That said, it’s still at least a year away from its India launch.