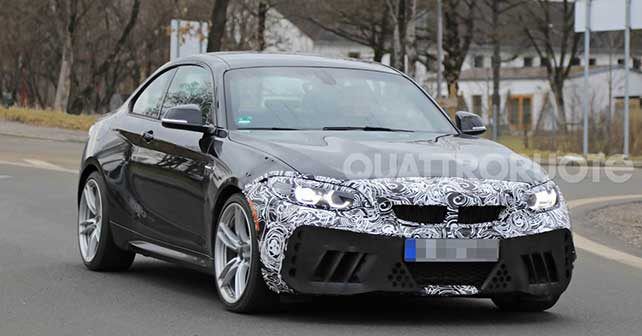 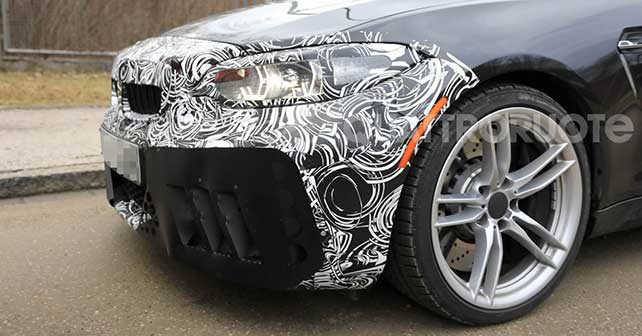 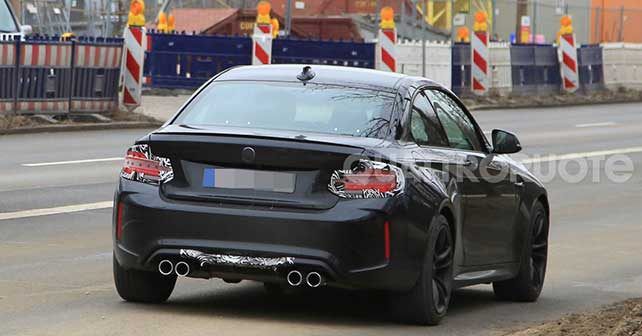 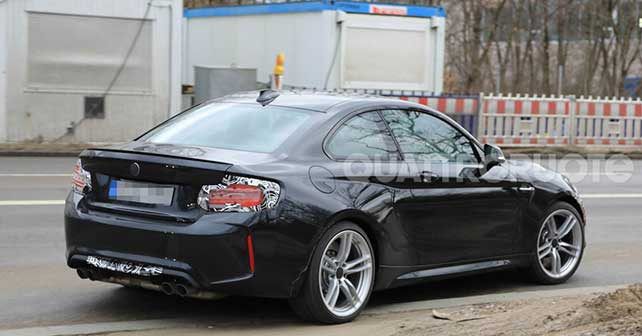 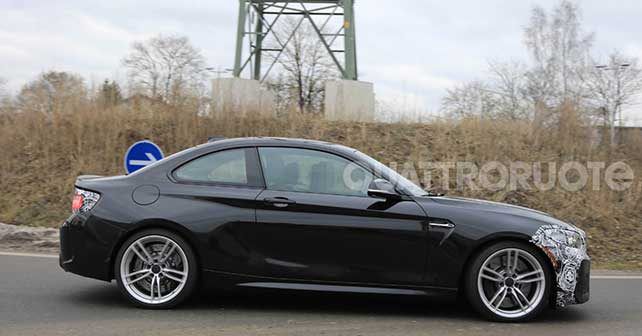 BMW M2 spy shots reveal that it will look a lot more aggressive and will receive a more plush cabin.

BMW is all set to give the M2 a mid-life facelift and our magazine partners Quattroruote have managed to catch the prototype doing test rounds. The spy shots of this entry-level two-door M reveal that it has received minor design updates.

The 2018 M2’s nose was heavily camouflaged, but still one can see that it receives new semi-circle daytime LED headlamps, which were first introduced in the new 2017 BMW 5 Series that will make its debut in India this year. The M2 gets a completely new front fascia, especially the front air dams in the bumper. No doubt it looks more aggressive and its wheel arches are now more pronounced. Coming to the rear, the tail lights were masked, which suggest that the M2 will get new rear lamps cluster. BMW had also camouflaged the rear apron indicating a refreshed design for the rear diffuser.

The new M2 will get a more spruced up luxurious cabin and new and improved braking system with bigger disc brakes.

As the 2018 M2 version will predominantly be a facelift, there will be no changes under the hood. The M2 will retain the swashbuckling 365bhp, 500Nm torque turbocharged 3.0 litre straight six, which does 0-100km in 4.5 seconds and has a top speed of 250km/h.