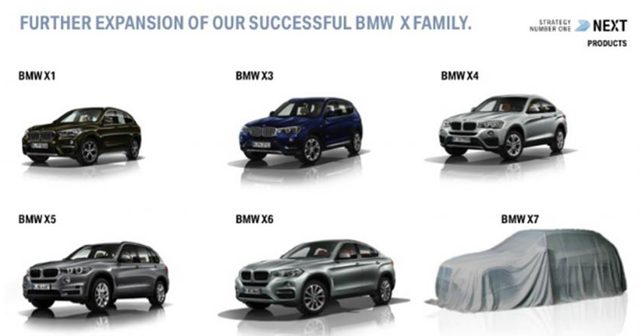 BMW's forthcoming X7 teased in a leaked image. The flagship SUV is expected to go on sale around 2018.

As reported previously, BMW is working on an all-new flagship SUV. The new large SUV will become the company’s longest ‘sports activity vehicle’, and there’s no prize for guessing its name - it will be called the X7. While the X7 is likely to go on sale around 2018, a teaser image of the vehicle has surfaced on the internet, giving us the first look of the new SUV from Bavaria.

BMW confirmed the development of the X7 in 2014. A year later, test mules of the vehicle were spotted undergoing real-world tests in some parts of Europe. The X7 will be underpinned by BMW’s latest RWD architecture – CLAR (Cluster Architecture). The new 7-Series is based on the same platform, while the next-gen models of the 3,5,6, X3, X5 etc., will also be underpinned by this architecture. Since it’ll be the biggest BMW SUV upon its launch, it will be a 7-seater. 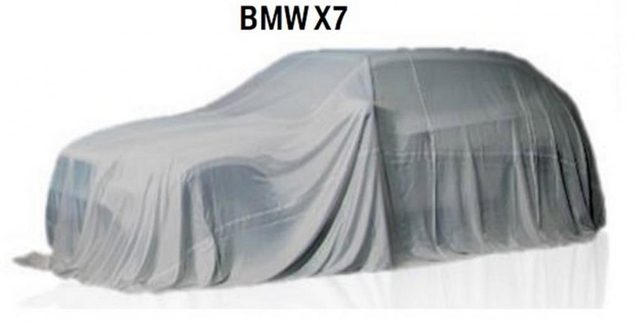 There hasn’t been any update regarding the powertrain options that will be made available on the forthcoming vehicle. Expect it to come with a range of six- and eight-cylinder petrol and diesel engines along with four-wheel drive. Expect a high-performance ‘M’ derivative of the X7 as well, likely to feature the 4.4-litre twin-turbo V8 from the current X5 M and X6 M.

The BMW X7 will be produced at the company’s manufacturing unit at Spartanburg in USA. Given its size and stature, the X7 will be aimed mainly at luxury car buyers in markets like China, USA etc. That should also find many takers in a market like India. When launched, the BMW X7 will be pitched against the likes of the Mercedes-Benz GLS-Class, etc.