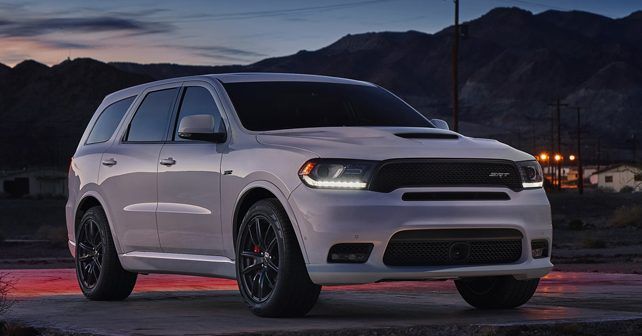 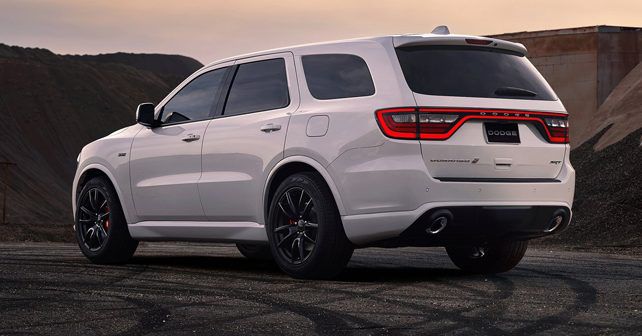 Say hello to the all-new Dodge Durango SRT - a muscle car that is trapped in an SUV body.

Whether the world needs fast family-haulers or not, it seems car manufacturers are hugely interested in making these anyway. The latest product to jump on this performance SUV bandwagon comes from America, and it’s called the 2018 Dodge Durango SRT.

For the uninitiated, the Dodge Durango – in its regular avatar- is a three-row family SUV that’s based on the same platform as the Jeep Grand Cherokee. In the now announced SRT guise, the Durango now gets some mighty performance mods much like the Grand Cherokee SRT. Let’s quickly run through its spec sheet then. The Durango SRT comes fitted with a 6.4-litre HEMI V8 that churns out 475bhp and 637Nm of torque. Power is sent to all four wheels via an eight-speed automatic transmission. And thanks to this enormous firepower, the Durango SRT will hit 0-100km/h in just 4.5 seconds!

To rein in that kind of power, the Durango SRT gets three per cent stiffer springs up front and 16 per cent stiffer at the back, while braking force comes courtesy of uprated Brembo brakes. There’s also a new Sport mode that reduces shift times by up to 50 per cent and delivers up to 65 per cent torque to the rear axle.

In addition to the uprated mechanical components, Dodge has also ensured that the new Durango SRT looks mean enough on the outside. As a result of this, it gets a new wide body exterior with flared wheel arches, meaner looking grille and larger air ducts. Inside, it gets a hand-wrapped instrument panel with silver accent stitch, SRT flat-bottom steering wheel with paddle shifters, heated and ventilated front and heated second-row captain's chairs with embossed SRT logos, and more equipment.

The Dodge Durango SRT will be competing against the likes of the BMW X5 M, Mercedes-AMG GLS 63, Audi SQ7, et al.