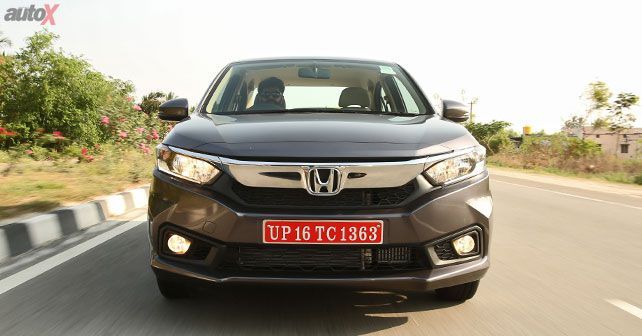 With the new Amaze, Honda is preparing to put a dent in Dzire’s sales.

First revealed at the 2018 Auto Expo in February this year, the second-generation Honda Amaze will be launched in India tomorrow, May 16, 2108.

The new Amaze, which will be the compact sedan’s second-generation model, looks nothing like the car it replaces. It is based on a brand new platform and is designed to be a sedan from the very beginning. In contrast, the outgoing Amaze was derived from the Brio hatchback. The car’s interiors, too, sport an all-new design language.

The engines of the new Amaze will be shared with the outgoing model, however, the 2018 Amaze will differentiate itself from the competition by offering a first in class diesel CVT option. The 7-step CVT gearbox will come mated to both the petrol and diesel engines, offering buyers more options to choose from.

The new lightweight chassis on the 2018 Amaze helps it lose 17kg from the petrol model and 23kg from the diesel model, which ultimately enhances its fuel economy. The petrol manual and petrol CVT versions of the new Amaze can return 19.5km/l and 19km/l respectively. On the other hand, the diesel manual and diesel CVT are certified by ARAI at 27.4km/l and 23.8km/l, respectively.