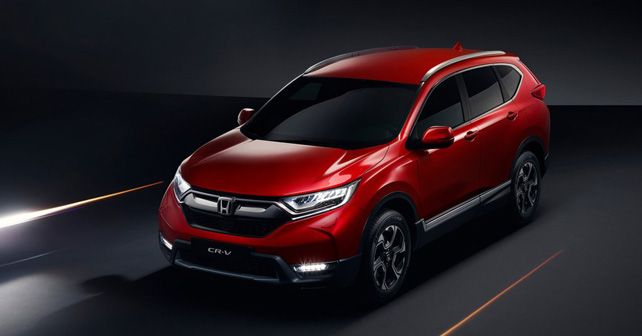 A quick look at some of the important aspects of the upcoming 2018 Honda CR-V which could make it a game-changer for Honda in India.

As the launch of the new 2018 Honda CR-V inches closer, we take a look at some of its offerings which will set it apart from its predecessor.

The overall exterior design of the SUV has been revamped completely which is marked by new features such as LED headlights, new fog lamps, dual tone alloy wheels, chrome treatment on the C-pillar, split styled LED tail lights and much more. On the dimension front, the new Honda CR-V will be bigger and bulkier than the outgoing model. Moreover, the wheelbase of the new model has also been increased by 41mm, which now stands at 2662mm. The enhanced wheelbase helps the CR-V in accommodating a new seven-seat configuration, which is a first on the car. This is a crucial addition as most of its rivals also offer a seven-seat layout while the CR-V has only been available with five seats till now. 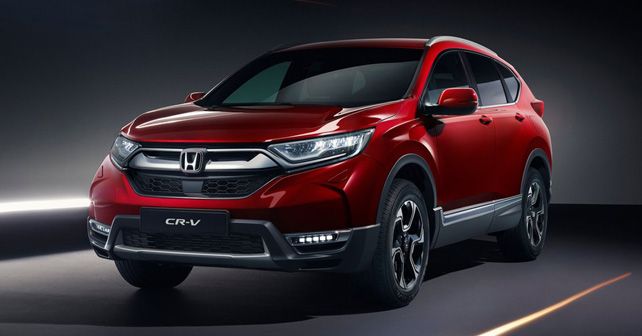 Finally, breaking the Honda tradition with a first-ever diesel engine on offer

The new CR-V, for the first time in its history, will be available with a made-in-India, single-turbo variant of the 1.6-litre i-DTEC engine from the Earth Dreams series. The engine uses a single turbocharger to produce 118bhp at 4000rpm and 300Nm of torque that peaks at just 2000rpm. On paper, the figures don’t seem very promising, however, this motor will be mated to Honda’s 9-speed automatic gearbox that does a very good job of harnessing all the torque on offer.

A host of new features

In terms of features, the latest avatar of the Honda CR-V will be loaded with hi-tech features and equipment like a TFT LCD instrument panel, a seven-inch touchscreen infotainment display with navigation and Apple CarPlay/Android Auto compatibility, dual-zone climate control, four-way power adjustable front seats, electric moon-roof and much more. 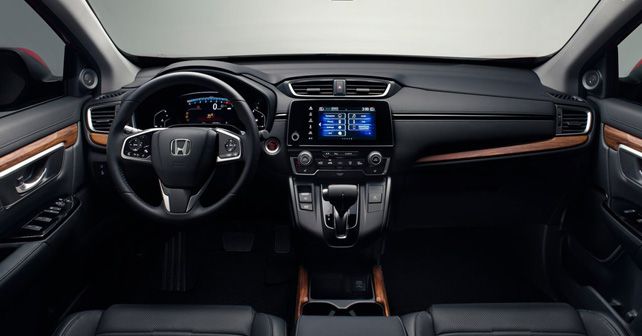 No manual gearbox option; AWD to be available only in the top-spec diesel variant

Honda has decided to give the manual gearbox a miss on the new CR-V. Instead, it will offer a Continuously Variable Transmission (CVT) on the 2.0-litre petrol variant and the 1.6-litre diesel will only be available with a nine-speed automatic. As such, the CR-V will be front-wheel drive, but the top-spec diesel variant will get All-Wheel-Drive (AWD).

One thing that will remain unaffected is the CR-V's high price. When it launches in October this year, the CR-V range is expected to carry a price tag of ₹ 27 lakh - ₹ 30 lakh. In comparison to its closest rivals, the Tucson petrol range starts at ₹ 18.3 lakh and goes all the way up to ₹ 22.55 lakh, with the diesel ranging from ₹ 20.3 lakh to ₹ 25.74 lakh. As for the diesel-only Tiguan range, it begins with the Comfortline, priced at ₹ 27.49 lakh and ends with the Highline, priced at ₹ 30.87 lakh. This should certainly make things interesting in the entry-level premium SUV segment.