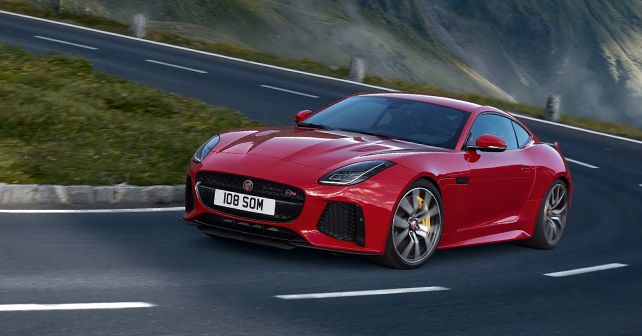 The fastest-ever production Jaguar has arrived in India in all its supercharged V8 glory.

Jaguar Land Rover has launched the latest version of the F-Type SVR in India for a starting price of Rs. 2.65 crore (ex-showroom). Developed by JLR’s Special Vehicle Operations (SVO) team, Jaguar will offer this two-seat sportscar in coupe and convertible form.

At its heart lies a 5.0-litre supercharged V8 tuned to develop 567bhp and 700Nm of torque, all of which is sent to all four wheels through an eight-speed automatic gearbox. This allows the F-Type SVR to accelerate from 0-100km/h in just 3.7 seconds while the terror will continue all the way until the needle touches 322km/h.

Rohit Suri, President & Managing Director, Jaguar Land Rover India Ltd. (JLRIL), said: “The new F-TYPE SVR is the first Jaguar car to have been developed by the Special Vehicle Operations. Their ideas of precision engineering reflect brilliantly in each aspect of the car. Be it design, performance or comfort; sports car enthusiasts will experience all these features when behind the wheel of the new F-TYPE SVR.” 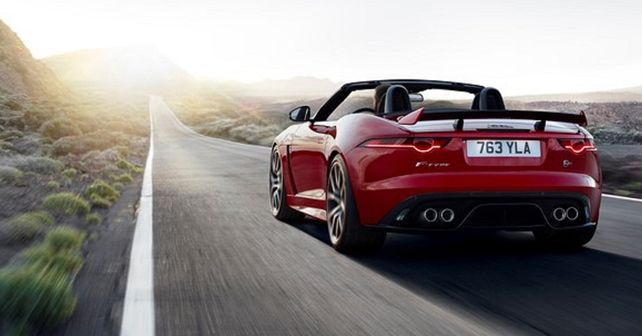 The SVO team has forced the F-type to go on a diet allowing significant weight reduction. By employing a titanium and Inconel exhaust system, it has alone allowed the shedding of 16kgs while allowing that V8 to shout even louder than before. It also gets forged wheels which have reduced another 13.8kgs of unsprung mass while using tyres which are 10mm wider than the standard car. Additionally, they have also managed to stiffen everything up by a claimed 37 per-cent by adding new and larger rear bearings. Eight kilograms have also been discarded as the seats now use a lightweight magnesium construction and are draped in sumptuous quilted leather. The aerodynamics team were not sitting idle either as in V-MAX mode, allows the car to achieve astounding speeds with minimum drag.