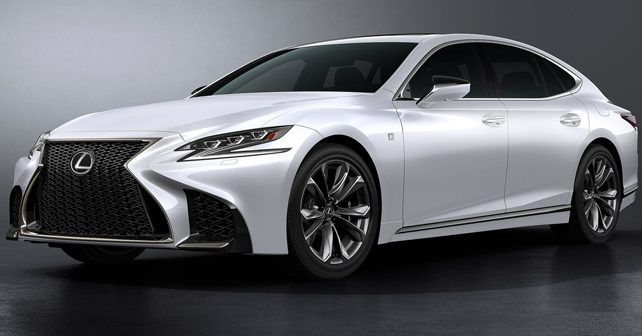 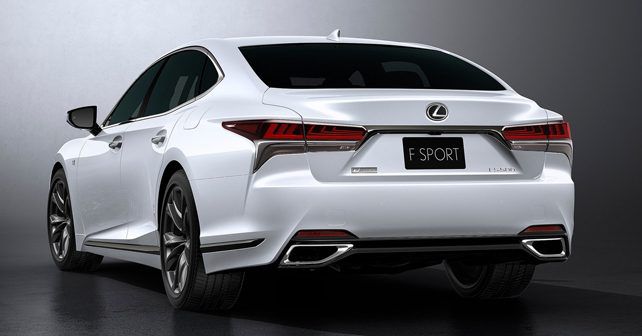 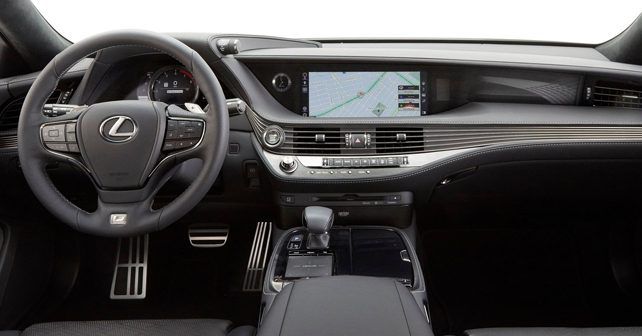 Lexus unveils the sharper and sportier derivative of the flagship LS 500 sedan.

A few days ago Lexus announced that it’ll be bringing the sportier ‘F’ version of its recently revealed LS 500 flagship to the New York Motor Show. As promised, the 2018 LS F Sport sedan has now made its debut at the show. Updates include sharper and more aggressive styling along with a reworked chassis and a lot of sporty bits inside the cabin.

In the beginning of this year, Lexus unveiled the 2018 LS 500 sedan at the Detroit Motor Show, which was quickly followed by the arrival of the LS 500h hybrid version at the Geneva Motor Show last month. The LS F Sport is the third variant in the range, albeit it will be based on the LS 500 and LS 500h models. Lexus, however, insists the F Sport will be a more involving drive.

Now Lexus’ claim may not seem very convincing since the LS F Sport doesn’t get any bump in power or torque ratings over the LS 500 or LS 500h. This means it’ll retain the powertrains from the standard models – a 409bhp twin-turbo 3.5-litre V6 (LS 500) paired to a 10-speed automatic gearbox and the LS 500h’s 349bhp hybrid setup that features a 3.5-litre V6 and two electric motors. Drive goes to rear wheels in both the versions. Performance wise, the petrol powered LS 500 F Sport will clock 0-100km/h in just over 4.5 seconds while the LS500h will take 5.2 seconds to do the same.

As per Lexus, it’s the chassis modifications which make the LS F Sport a more engaging drive over regular counterparts. The LS F Sport gets 20-inch wheels shod with 245/45 RF20 (front) and 275/40 RF20 (rear) tyres along with bigger 6-piston front and 4-piston rear brake callipers. It’s also equipped with a variable gear ratio steering and rear wheel steering. The air suspension setup of the standard model has also been “sport-tuned” to make it corner sharper.

On the aesthetic front, it gets a new grille, which clearly stands out, while the F Sport derivatives will be available in White Nova and Heat Blue exclusive exterior shades. Inside, it gets perforated sports seats, aluminium pedals, suede headliner, new steering wheel and an LFA-inspired digital instrument cluster.

Lexus hasn’t revealed the prices of the LS F Sport at the moment. But, will it be coming to India? Well, since Lexus has just commenced its operations in the country, there’s a likely possibility that it will soon bring the 2018 LS 500 sedan here to take on the likes of the Mercedes-Benz S-Class, BMW 7 Series, etc.