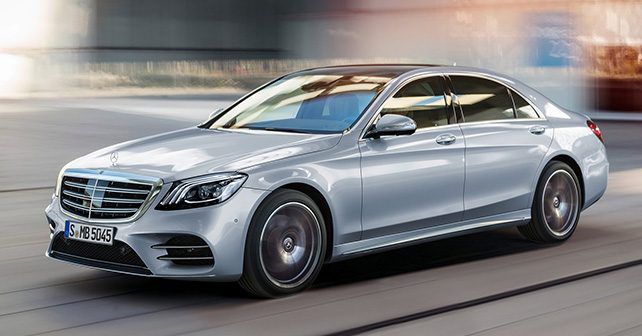 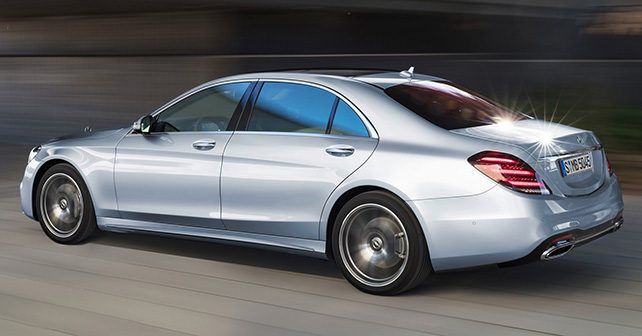 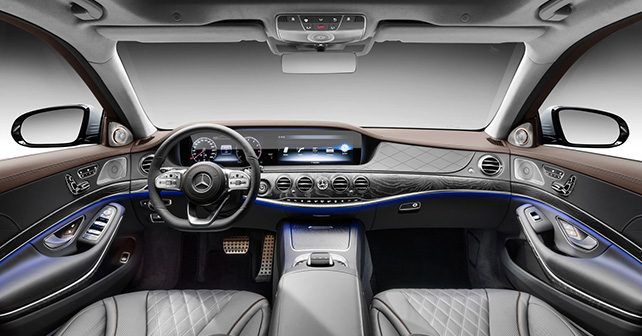 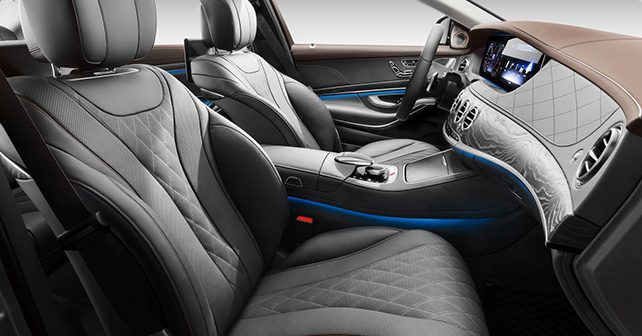 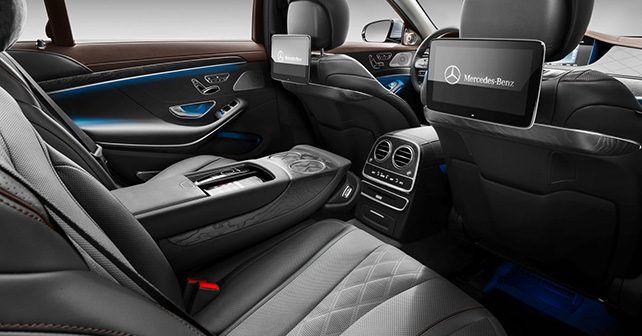 Mercedes has updated their entire S-Class range with the introduction of the 2018 model year of the luxury saloon.

The 2018 Mercedes-Benz S-Class has been introduced with updated features, technology, styling and plusher interior. Visually, the new S-Class looks similar to the current version, but the changes are in the minor details on the exterior and on the interior.

Both front and rear bumpers have been revised, while some body panels have also been tweaked making the car curvier also gets new 20-inch wheels. The LED head and tail lamps have also been updated. On the inside of the S-Class, Mercedes has gone for a minimalistic approach. The beautiful interior which was loaded with equipment made from rich materials has gotten richer while subtle changes have also been integrated. The two-spoke steering wheel has been replaced with a three-spoke and features an all new design. The steering mounted controls are now chunkier and feature the trackpad introduced with the latest E-Class generation. Mercedes have also included new upholstery offerings, while the infotainment system has been updated and now has a single-piece glass display. A new introduction on the S-Class is a wireless phone charging dock mounted in the centre console.

The safety-equipment list on an S-Class have always been a long one, but Mercedes has added a lot more tech to that list while refining the existing ones. The new Active Distance Assist Distronic system can adjust speeds up or down according to approaching corners automatically. Additionally, the new S-Class comes equipped with Active Steer Assist, Active Lane Change Assist, Active Emergency Stop Assist, Following vehicles in a tailback, Traffic Sign Assist, Active Parking Assist with Remote Parking Assist among many other features.

The new S-Class gets two in-line six-cylinder diesel motors and a V8 petrol engine all of which come with 4MATIC all-wheel drive. The 3.0-litre straight six engine, in the S 350d, produces 282bhp and 600Nm of torque, while in the S 400d it churns out 335bhp and 700Nm of torque making it the most powerful diesel Mercedes in history. The 462bhp, 4.0-litre, bi-turbo, V8 will power the S 560 and its develops 700Nm of torque. This engine will also power the Mercedes-Maybach S 540. This V8 also gets cylinder-deactivation technology which shuts down half of its cylinders to be more economical when required. Mercedes claims this new V8 in 10% more economical than the predecessor.

The team at AMG have also taken that engine and tuned it to develop 603bhp and a whopping 900Nm of torque in the Mercedes-AMG S 63. If that isn’t enough, there is also an S65 AMG with a 6.0-litre bi-turbo V12 which churns out 621bhp and 1,000Nm of torque. Both of these come as long-wheelbase versions with all-wheel drive. The S 63 can accelerate from 0-100km/h in just 3.5 seconds while the S 65 does the same in 4.3 seconds. The old 7-speed automatic gearbox has been replaced by a new AMG SPEEDSHIFT MCT 9-Speed automatic unit.

Mercedes also plans on introducing a petrol six-cylinder unit that will be a plug-in hybrid and will have a 50km electric range. The new S-Class will go on sale in the European markets in June 2017, its arrival in India is expected soon after