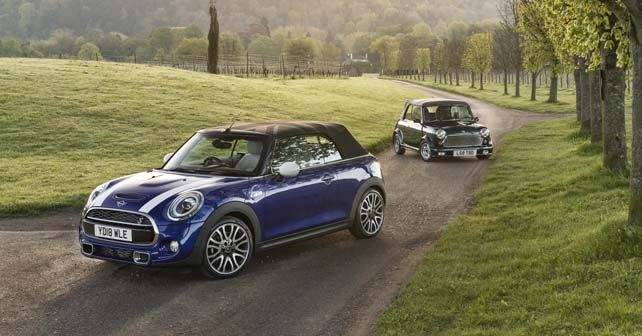 Based on the Cooper S, only 300 units of the 25th Anniversary Mini Convertible will be produced.

The first ever drop-top Mini was launched in 1993, which means that this year marks the 25th anniversary of the convertible. So, in order to celebrate the silver jubilee of the original car, its maker has decided to launch a special-edition version of the 2018 Mini Convertible, with some throwback special bits and bobs.

The 2018 25th Anniversary Mini Convertible is based on the Cooper S convertible. Special bits here include anniversary tread plates and plaque, along with an exclusive combination of Lounge leather upholstery in Satellite Grey. The exterior is finished in a Starlight Blue metallic shade. It also features white mirror caps, white bonnet stripes, Union Jack woven fabric roof and 18-inch alloy wheels in dual-tone as standard. Among other highlights, it comes with 'Chili Pack', Navigation Plus Package and Harman Kardon Hi-Fi sound system as standard.

Powering the anniversary special version will be the same 2.0-litre turbo, four-cylinder petrol engine that’s offered with the Cooper S convertible. The engine develops 190bhp and 280Nm. A six-speed manual transmission is standard, while a seven-speed dual-clutch automatic will be optional.

Mini will only produce 300 units of this anniversary special convertible, and it’ll be sold only in the UK. 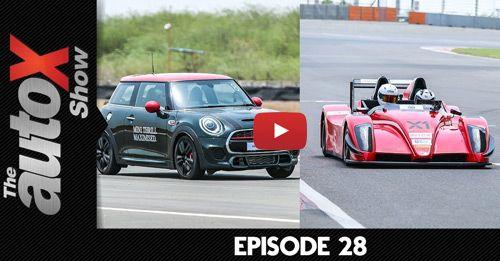