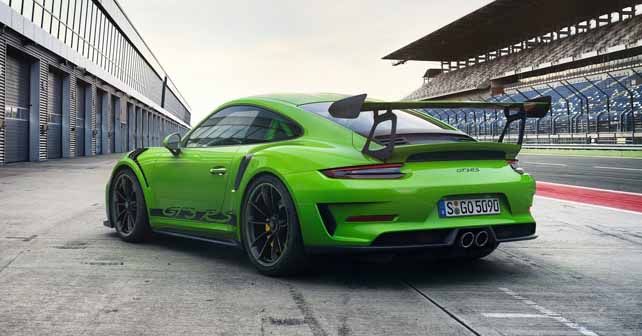 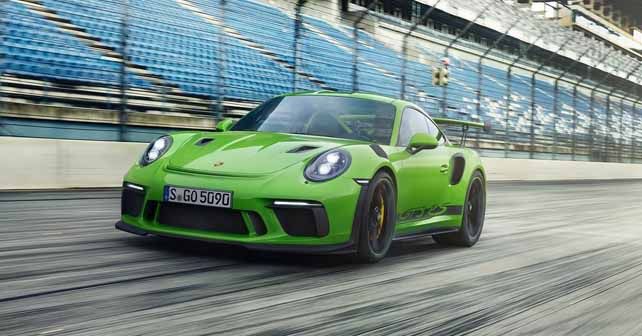 The naturally aspirated Porsche 911 GT3 RS gets more hardcore with the latest set of updates.

Keeping tabs on the Porsche 911 range is a pretty difficult task these days. There are so many variants in the current line-up that it’s virtually impossible to differentiate one from another. That being said, there’s one car in the range that stands out from the rest, the GT3 – the only naturally-aspirated model of the current 911 series.

The confusing thing is, the GT3 is also available in two variants - standard and RS, the latter being the more hardcore road-going racer, of course. Now, for a very long time, the GT3 RS has always been the purists’ favourite 911. Porsche, too, knows this for a fact and that’s why this naturally breathing 911 is still alive, while the rest of the range has taken the forced induction route. And, in order to keep the GT3 RS alive and kicking, Porsche has just rejuvenated the car with new updates. The 2018 Porsche 911 GT3 RS is here!

As you can see, not much has changed on the design front – the new GT3 RS comes with some subtle styling updates. There’s a new front bumper, while the hood and front fenders are made of carbon fibre. The roof is also made up of magnesium. At the back, there’s a large wing that’s also finished in carbon fibre. It also gets new forged wheels – 20-inch at front and 21-inch at the back.

The biggest update, however, can only be felt from behind the wheel. Porsche says the new GT3 RS’ 4.0-litre naturally aspirated engine has been tweaked to produce 20bhp more than before. This means the engine develops 513bhp now, along with 470Nm of peak torque. Unlike the GT2 RS though, this one doesn’t come with an optional manual tranny. The GT3 RS is only available with a seven-speed dual-clutch transmission.

Manual transmission or not, the GT3 RS is going to be a proper hoot to drive since the flat-six engine can now sing all the way up to 9,000rpm! Performance is pretty impressive. 0-100km/h is done in 3.2 seconds – a tenth quicker than before. Top speed is unchanged at 312km/h.

There’s a Weissach package on offer for “particularly ambitious drivers”. The package includes additional carbon components for the chassis, interior and exterior, as well as optional magnesium wheels. You can also add the ‘Clubsport package’ for no extra money. This one adds scaffolding in the back, a fire extinguisher, preparation for a battery disconnect switch and a six-point racing harness.

The new Porsche 911 GT3 RS will make its first public appearance at the Geneva Motor Show next month. That said, if you’re sold on one, you can now buy it in India at a whopping price of Rs 2.75 crore (ex-showroom, Delhi)!