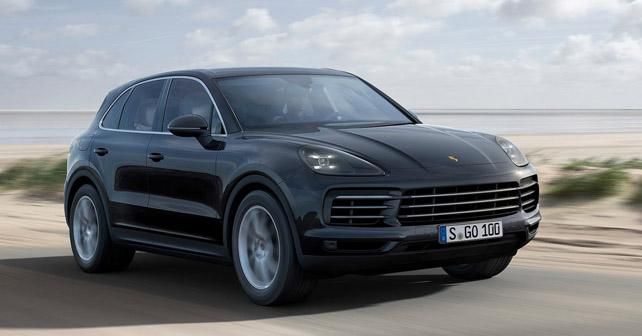 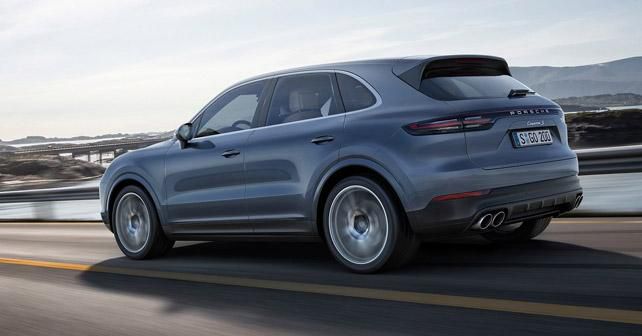 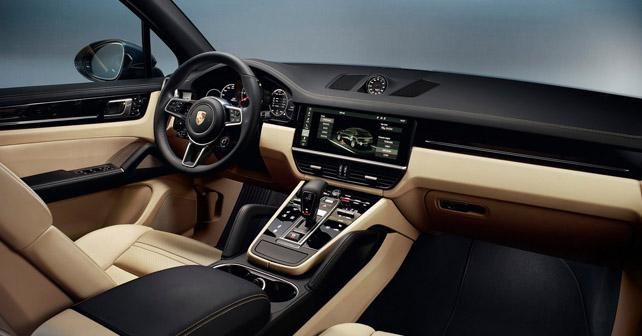 Meet the third-generation Porsche Cayenne. Set to make its global debut at the 2017 Frankfurt Motor Show, the 2018 Porsche Cayenne has been launched in global markets with two petrol engines on offer. Among other highlights, the new high-riding Porsche incorporates a lighter chassis, gets subtle design revisions along with a major overhaul in the cabin.

The first-gen Porsche Cayenne was introduced back in 2003, while the second-gen made its debut in 2010. In its latest iteration, the Cayenne retains the design of its predecessor, albeit it gets a few noticeable updates. The front end looks more or less the same, save for the slightly redesigned LED headlamps. The side-profile is also largely unchanged. Around the back is where changes are substantial – the new Cayenne’s rear end is heavily inspired by the latest Panamera and sports similar looking LED lights end-to-end.

Inside, the cabin looks familiar to the Panamera’s interior as well. A large 12.3-inch touchscreen infotainment system takes the centre-stage, while the design and layout of the air-vents and controls have been redesigned. The instrument cluster consists of an analogue dial in the centre, clubbed with two 7-inch full HD-displays on either side.

The 2018 Porsche Cayenne is based on the MLBEvo platform, which it shares with the Audi Q7 and Bentley Bentayga. The architecture helps reduce the weight of the new Cayenne significantly – it now weighs 1,985kg as compared to 2,040kg of the outgoing model. Dimension wise, it’s grown 63mm longer and 45mm wider than its predecessor, although the wheelbase is unchanged at 2,895mm.

Porsche is only offering the new Cayenne with two petrol engines at the moment. At the lower end, there’s a turbocharged 3.0-litre V6 developing 335bhp and 450Nm. The engine is paired to an eight-speed automatic transmission that channels power to all four wheels. 0-100km/h will be done within 6.2 seconds (5.9 seconds with the Sport Chrono Package) while top speed is 245km/h.

The more powerful Cayenne S is propelled by a 2.9-litre twin-turbo V6 that produces 434bhp and 550Nm. It also comes mated an eight-speeder sending the drive to all four wheels. Performance wise, however, it’ll be a lot quicker – 0-100km/h takes 5.2 seconds while top speed is 265km/h. Add the Sport Chrono package to the mix and the 0-100km/h time will drop to 4.9 seconds.

Thanks to its 911 roots, the Porsche Cayenne has always been a decent handler despite its girth. That’s not to change in the new model – in fact, as per Porsche, its dynamic capabilities have been further improved. The new model gets electric rear-axle steering just like 911 and Panamera as well as Porsche’s 4D Chassis Control and active PASM damper system (standard on Cayenne S).

Order books for the new Porsche Cayenne are open in Europe. The standard Cayenne is priced at 74,828 euros (Rs 57.20 lakh) while the Cayenne S has a sticker price of 91,964 euros (Rs 70.30 lakh). Diesel and plug-in hybrid versions along with the more performance oriented Turbo and Turbo S petrol iterations are expected to go on sale from early 2018. As for its launch in our country, expect Porsche India to announce the prices of the new Cayenne anytime soon.