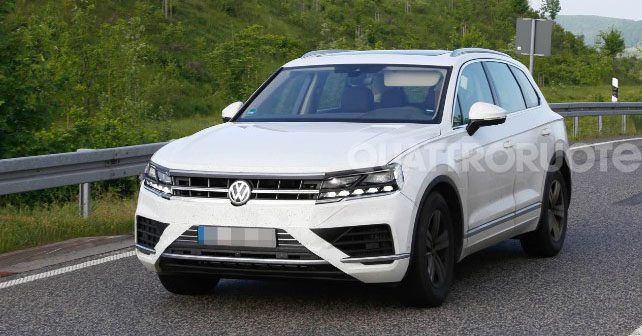 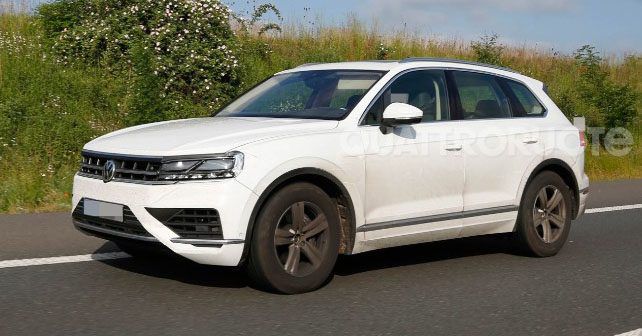 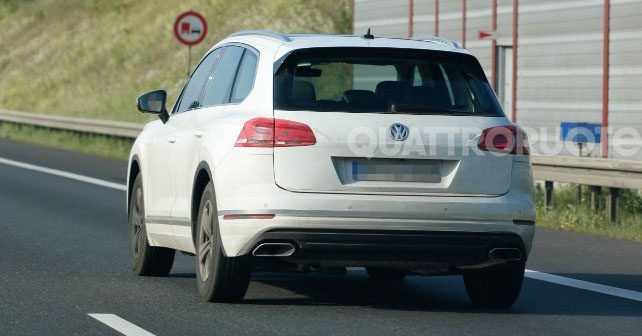 Next-gen Volkswagen Touareg will be based on the VW group's MLB Evo platform and is expected to go on sale in global markets later this year.

Test mules of the next-generation model of Volkswagen’s full-size Touareg SUV have been caught yet again. But, on this occasion, the SUV has been spied without any camouflage, meaning we now have a clearer look of the new vehicle.

Set for its global debut sometime later this year, the new Volkswagen Touareg takes design inspiration from the T-Prime GTE concept that was showcased a year ago at the 2016 Beijing Motor Show. As can be seen in the spy shots, compared to the bulbous looks of the old model, the new Touareg looks taut and sharp. The front end has a familiar design which resembles the likes of the Tiguan and eight-gen Passat.

The next-gen Touareg will be underpinned by MLB Evo platform, which is the same as the current-gen Audi Q7, Bentley Bentayga, etc. Thanks to the new platform, you can expect the new Touareg to be significantly lighter than the currently sold model. Powertrains are likely to be borrowed from the Audi Q7, meaning it’ll have four- and six-cylinder petrol and diesel engines, ranging between 2.0-litre and 3.0-litre, on offer. A plug-in hybrid version is also expected to be introduced with the new Touareg.

Volkswagen is expected to reveal the all-new Touareg later this year at the 2017 Frankfurt Motor Show, while production is going to start sometime in November. 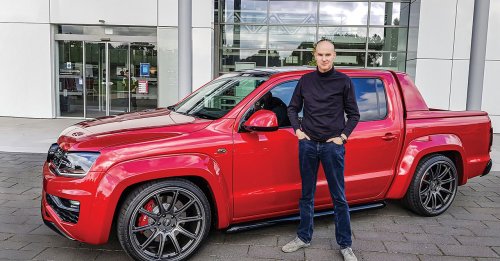 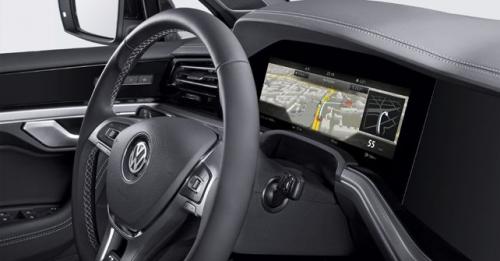 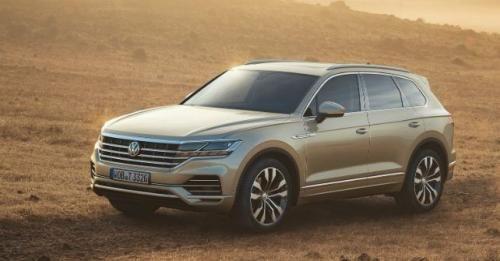 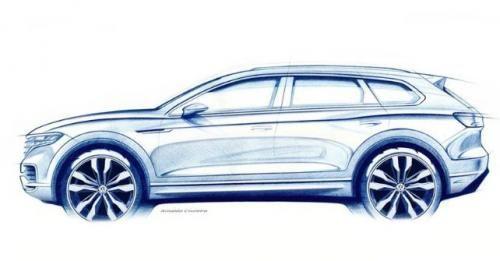