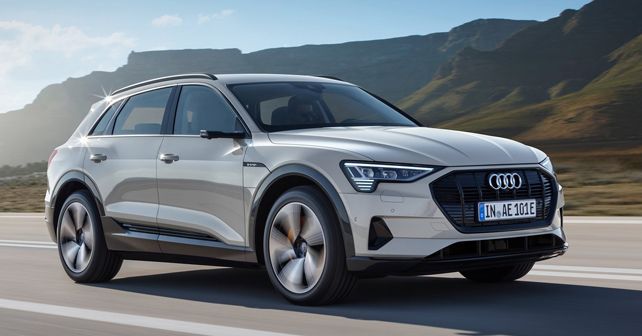 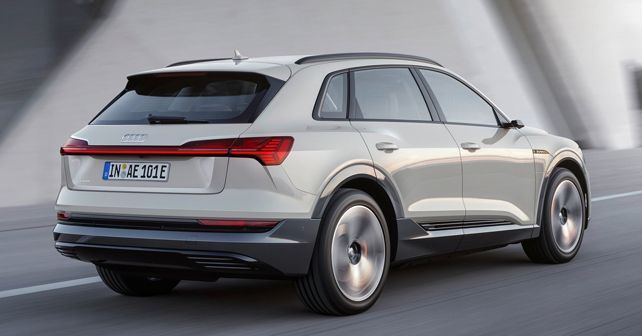 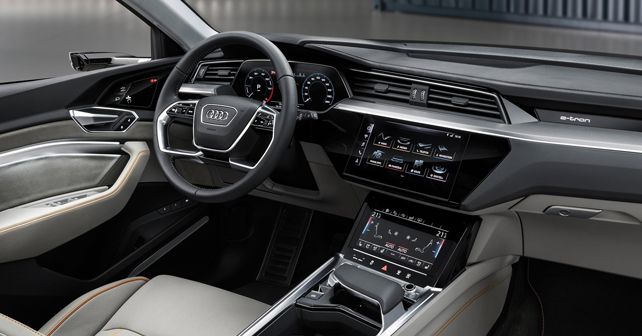 Wraps have finally come off Audi’s first fully electric production vehicle. Dubbed the e-tron, the battery-powered SUV is going to compete with rivals like the Tesla Model X, Jaguar I-Pace and the upcoming Mercedes-Benz EQC.

Design wise, the e-tron is hugely inspired by the new Q8 and Q3. However, in terms of dimensions, it sits right in the middle of the Q7 and Q5. Coming back to its appearance, Audi says that its design team stuck to a standard shape since they wanted to offer a car that looked conventional, and not outlandish. As a result, the design has familiar touches – there’s angular LED headlamps with e-tron specific LED daytime lights and a single-frame grille with horizontal and vertical slats. The side-profile will leave many confused since it looks remarkably similar to the Q3 – albeit you’ll notice the e-tron has prominent fenders and bigger 20-inch wheels. At the back, the e-tron gets a LED strip as tail-lamps, which’s also seen in the new A6 and A7.

The e-tron will be propelled by two electric motors, one on each axle, which means it qualifies to be called a quattro. The motor powering the front wheels develops 168bhp, while the rear motor churns out 188bhp. Together the twin-motor setup generates a boost output of 402bhp and 660Nm. Audi claims 0-100km/h under 6 seconds and a top speed of 200km/h.

The motors draw power from a 95kWh lithium-ion battery pack, and Audi is claiming a range of over 400km on the WLTP testing cycle. Charging the battery pack will require you to be patient for 8.5 hours using the standard 11kW charger. However, an optional 22kW charging system will be offered from next year.

Inside, the e-tron borrows the architecture that’s similar to the latest Audi vehicles. There’s Audi Virtual Cockpit digital instrument cluster with additional e-tron-specific information, while a dual-touchscreen centre console design with a 10.1-inch and 8.6-inch screen dominates the dashboard. The party piece of the e-tron, however, are the 'virtual exterior mirrors', which feature a live camera feed instead of regular mirrors.

The Audi e-tron will be built at the company’s manufacturing unit in Brussels. The electric SUV is expected to hit the showroom floors in Europe by the end of 2018, with pricing to start around 75,000 euros (approximately Rs 65 lakh).