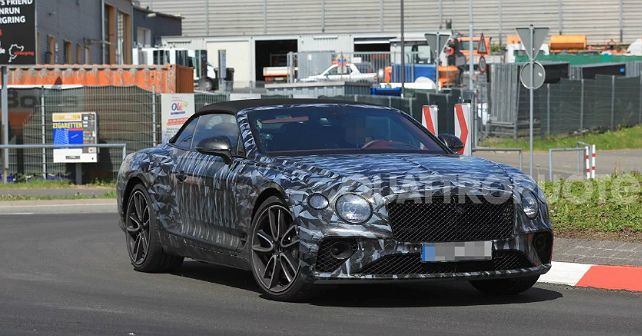 The drop top version of the third-generation Continental GT should debut soon.

The upcoming 2019 Bentley Continental GTC has been spied undergoing performance tests at the Nürburgring by our partner quattroruote.

The camouflaged prototype does not reveal much differences between the upcoming drop top and its coupe twin, except for that fabric roof, of course. However, it is more or less confirmed that the convertible British grand tourer will debut with the very same 6.0-litre twin-turbo W12 from the coupe that pumps 626bhp and a massive 900Nm of twist force.

However, it has been long speculated that a smaller 4.0-litre V8 from the Porsche Panamera is bound to make its way on the Continental and Flying Spur. Also, while current GT has no form of electrification whatsoever, Volkswagen Group’s rapid shift towards electric propulsion means that the Continental - including the 2019 GTC - will likely gain plug-in hybrid tech sourced from Porsche and Audi. 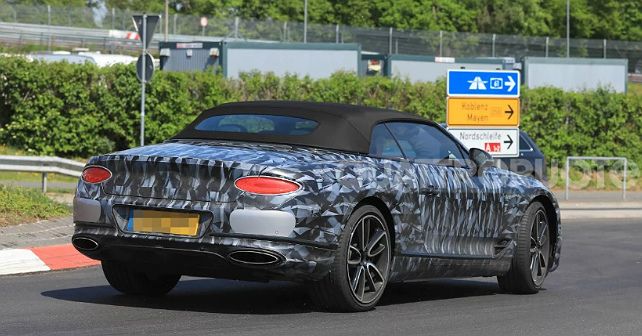 All the luxurious tech and equipment from the third-generation GT coupe will also find its way on the GTC. So, the cool rotating wooden veneer with three modes, 20-way adjustable seats, full digital instrument cluster, choice of three audio systems and much more will very much be present either on the equipment or on the option list. Obviously, a plush cabin with outstanding levels of attention to detail will be standard to justify the expected stratospheric selling price.

The 2019 Bentley Continental GTC was earlier speculated to debut at this year’s Geneva Motor Show, but that never happened. However, it is now reported that the new GTC should debut in not too distant future.