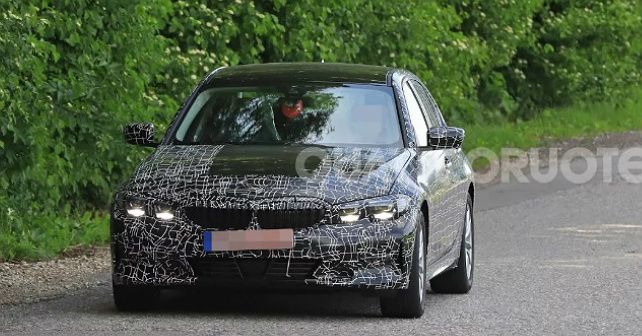 The 2019 3 Series has been spied with an evolutionary new design.

The next-generation BMW 3 Series, which should officially debut towards the end of this year, has been spied on by our Italian partner Quattroruote.

The test prototype seen here wears a rather thin camouflage, thereby exposing some of its design elements, and at the same time hinting that the car is now approaching its final testing stage.

Up front, we see wider kidney grilles and new headlamps, which look inspired from the latest 5 Series. The front, in fact, looks more of an evolution of the current model. The same can also be said about the side profile, which sports a clean look without any dramatic character line. The tail lamps, however, look like they’ll be longer and sport a snazzy LED signature. 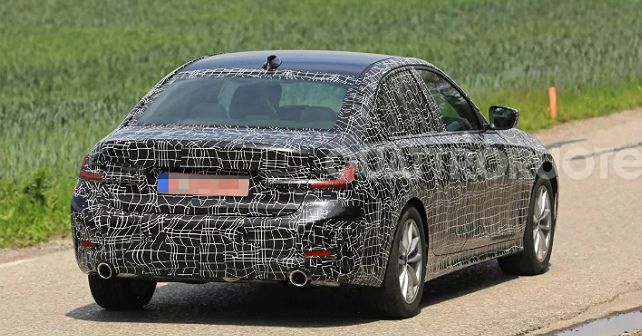 The next-gen 3 Series, which is internally known as G20, will adopt the CLAR modular platform and will therefore be able to adopt BMW’s latest tech in terms of safety, infotainment and powertrains. In addition to the familiar petrol and diesel powered variants, an electrified variant of the new 3 Series is also said be in works.

The current 3 Series was globally revealed in 2011, which makes it the oldest car amongst its rivals. The Audi A4 and Mercedes C-Class have already undergone a generation switch, whereas Volvo is on the verge of revealing the all-new S60. Additionally, new entrants like the Jaguar XE and Alfa Romeo Giulia (in Europe) have proved to be formidable offerings as well. An all-new 3 Series will surely help BMW compete better in this crowded space.

A while back, Quattroruote did a detailed preview of the new BMW 3 Series, along with some accurate renderings.