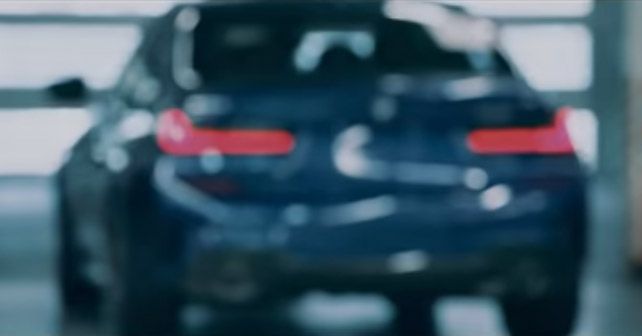 The seventh-gen BMW 3 Series will be revealed at the 2018 Paris Motor Show in October.

BMW will unveil the seventh-gen 3 Series at the 2018 Paris Motor Show in October, and we all know this. However, just in case it has slipped out of your mind, BMW is doing its bit to remind everyone about the arrival of the new sedan by releasing one teaser after another. This, we think, will likely go on until the official debut of the car next month.

Anyway, so what does the latest teaser reveal, you ask? Well, this time BMW has shared a short video clip of the new 3 Series, which gives us a glimpse of some of its design details while it’s being manufactured. In the video, you can see the car’s headlamps, wheels, digital speedo, someone pasting a BMW logo in place and a deliberately blurred image of the car’s rear. A perfect teaser, it seems!

Now, while BMW is keeping most of the details close to them, some facts are already out. The upcoming 3 Series will be based on the company’ new CLAR platform – same that underpins the 5 Series. This would mean it’ll be longer and more spacious, while it’ll also be lighter by around 40 – 50kg. Design wise, expect the new 3 Series to take an evolutionary approach just like the 5 Series. Updates will be subtle, but noticeable. The interior will be completely revamped though, meaning it’ll have a 10.2-inch digital instrument display and BMW’s latest iDrive 7.0 infotainment system among other updates.

Four-cylinder petrol and diesel engines will be the mainstay, but BMW will be betting big on electric and plug-in hybrid versions as well. Rear-wheel drive will be standard, and all-wheel drive in select variants will be optional. A six-speed manual or an eight-speed automatic transmission will be offered.

The seventh-gen BMW 3 Series is expected to launch in global markets by the end of 2018. Since this sedan is BMW’s bread-and-butter model around the world, including India, expect it to arrive on our shores sometime in the first half of 2019.