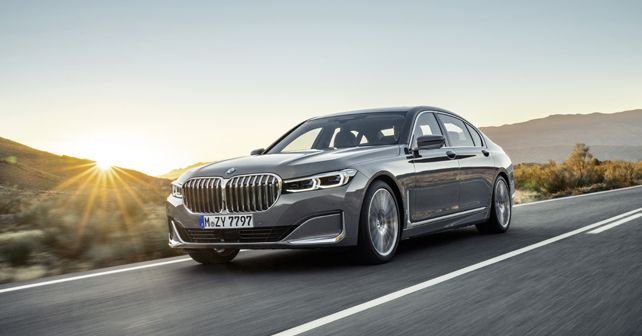 For 2019, BMW's flagship sedan gets more tech, new engine options and an X7-inspired mammoth-sized grille; to go on sale in the international markets from 13th April 2019.

BMW has recently unveiled the 2019 mid-life facelift version of its flagship luxury sedan, the 7-Series. Like the current model, the 2019 iteration will also be offered in SWB (Standard Wheelbase) and LWB (Long Wheelbase) versions. However, over the current car, the facelift's length has been increased by 22mm, taking the SWB and LWB lengths to 5,120mm and 5,260mm, respectively. 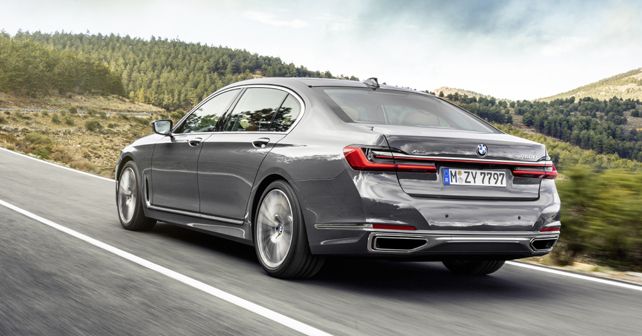 While the side profile does not give away much about the changes, its the front and rear of the car which has been reworked a fair bit. Up front, one can hardly fail to notice the new, ginormous kidney grille which has become a BMW tradition over the past few months. The grille also houses an active air flap control which operates to suck in more cooling air when needed. At its foremost point, the entire front end has been made taller by around 50mm. To up the premium quotient and improve cabin insulation, the 2019 update also includes 5.1mm thicker side glass (both front and rear) and new front wings to improve airflow and reduce wind noise. Even the insulation used in the rear wheel arches has undergone changes.

The rear profile of the car is also distinguishable, thanks to a LED light strip which runs across the width of the tailgate to join the taillights. the LED light strip works in tandem with the DRLs up front. The taillights itself are 35mm slimmer, three-dimensional OLED units now. Other changes on the rear include flush-integrated wider tailpipe tips with chrome surrounds. 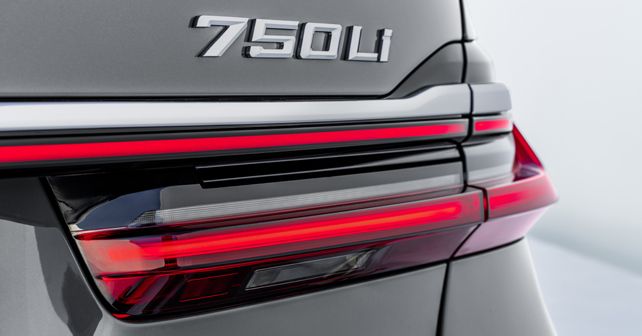 Inside too the list of changes isn't long. Subtle upgrades include improved materials and new connectivity features. The highlight of changes comes in the form a Reverse Assistant (part of the Parking Assistant) which can back up the car up to 50m along the course it drove on.

The new BMW 7 Series also includes the latest version of the BMW Touch Command unit. This removable tablet with a 7-inch screen can be used from any seat and even outside the vehicle. It lets the occupants operate comfort functions such as seat adjustment, interior lighting and climate control, as well as the infotainment, navigation and communication systems. Also, the 2019 7-Series gets Parking Assistant Plus (in the UK) which has a Reverse Assistant feature. This allows the car to memorise the car's steering input while moving forward into a parking space. The user can then activate the feature and the car will use those same steering inputs to back out of a confined space by following the same line. 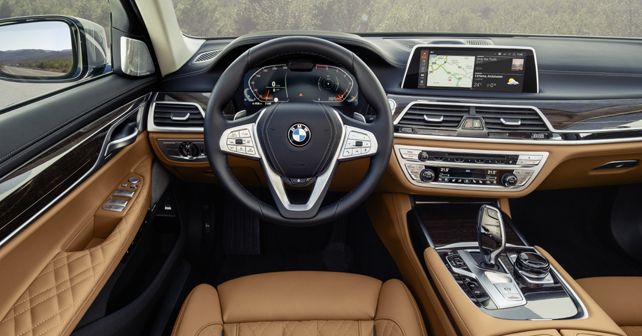 The 2019 7-Series continues to get a range of turbocharged petrol and diesel powerplants as well as a plug-in petrol-electric hybrid drivetrain in combination with either rear-wheel drive or four-wheel drive, depending on the chosen model. The petrol motor options include a 4.4-litre V8 producing 523bhp and 750Nm of torque in the 750i xDrive and 750Li xDrive and spearheading the petrol line-up is the 6.6-litre V12 producing a whopping 577bhp and 850Nm of torque. Available in the M760Li xDrive, the giant V12 can propel the 7-Series from 0-100km/h in 3.8 seconds!

With no clear date of arrival in India yet, expect the 7-Series facelift to reach our shores sometime in the second-half of 2019.