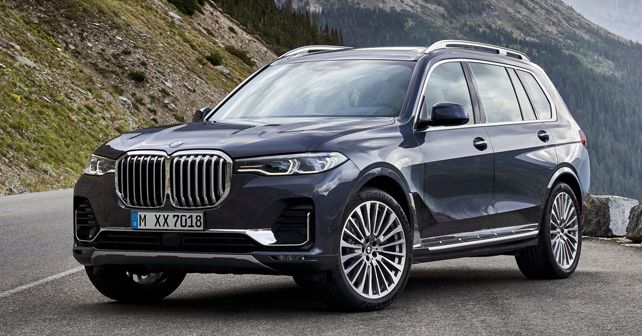 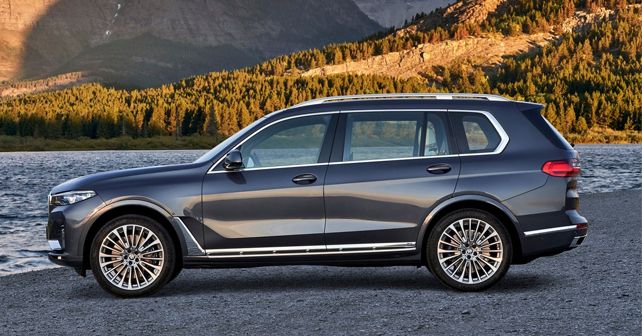 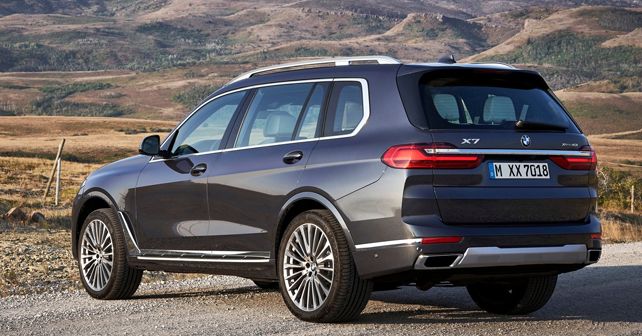 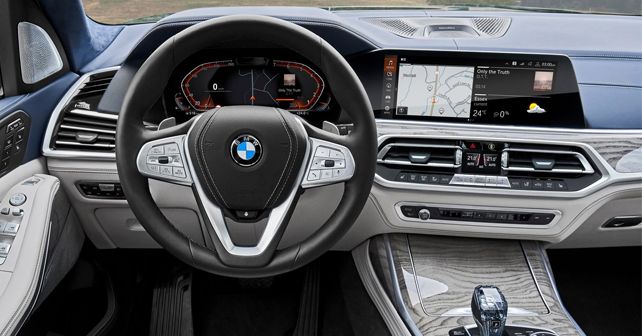 Say hello to the largest BMW vehicle of all-time, the all-new X7 SUV.

This is the new BMW X7. It’s the all-new flagship SUV from Munich that’s got the likes of Range Rover and Mercedes-Benz GLS in its crosshairs. And because it’s aiming at those Luxo-barges, everything about it is massive. So much so that it’s the largest and heaviest vehicle that BMW has ever produced!

Since it’s all about real estate here, the X7 has it well and truly covered – it is 5,151mm long, 2,000mm wide and 1,805mm tall. The wheelbase is 3,105mm. Its mighty dimensions reflect in the way it looks as well. The front-end features a massive grille and slim LED headlamps – laser lights are optional. The design at the back has a hint of the new X5’s rear, but then there’s no hiding its girth. Elsewhere, there’s a lot of chrome, of course, and it rides on 20-inch wheels in the standard trim. You could, however, spec it with 21- or 22-inch rims.

Inside, the X7 is brimming with high-end luxury features and equipment, which has to be the case since it’s supposed to be the 7 Series of the SUV world. That said, the cabin layout and design are more in line with the new X5 as there two 12.3-inch displays – one works as an instrument cluster, while the other is for the infotainment system. A three-panel panoramic sunroof, optional five-zone climate control system, heated and cooled cup holders, a 20-speaker sound system, dual-panel rear-seat entertainment system, et al, are also available. The X7 is a seven-seater and BMW claims the third row can be used by adult passengers, and not just children.

BMW will launch the X7 with two petrol - xDrive40i and xDrive50i – and two diesel engines - xDrive30d and xDriveM50d - at the time of its market launch. The xDrive50i is a V8 engine, while the rest are six-cylinder units. All the engines come mated to an eight-speed automatic transmission. xDrive all-wheel drive is standard, but the M50d gets M Sport differential too. Other variants can be specced-up with an Off-road package, which adds the sport differential, additional body cladding, underbody protection and off-road driving modes.

The BMW X7 will be produced at the company’s Spartanburg plant in the US and will go on sale in global markets in the second quarter of 2019. We expect the Luxo-barge to make it to our shores by the end of next year. And since BMW assembles the 7 Series in India, it’s a likely possibility that the X7 will also be assembled locally for domestic sales.