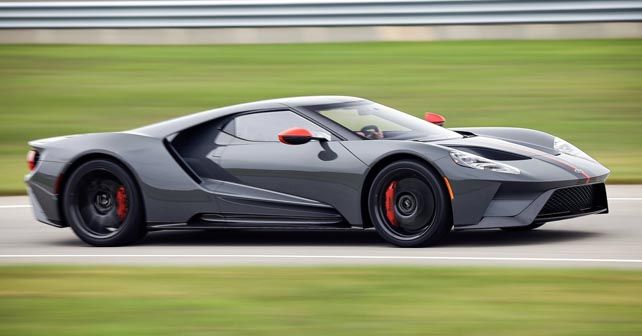 With carbon fibre wheels and other lightweight bits, the Ford GT Carbon Series gets lighter by 18kg.

Lightness is the key to performance. Ford knows this. So, of course, they've brought out the GT Carbon Series special edition. For the most part, it’s still a regular GT, but this one comes with a lot of carbon fibre and other weight saving components. Result? A reduction of 18kg in weight. And, yes, it looks spectacular with those exposed carbon fibre bits.

The main highlight of the GT Carbon Series is the introduction of 10-spoke carbon fibre wheels that are mounted in place by five titanium bolts. There’s also a new lightweight exhaust, which is also made of titanium. Apart from that, there’s a new polycarbonate engine cover. Overall, the dry weight of the car should be around 1,367kg. 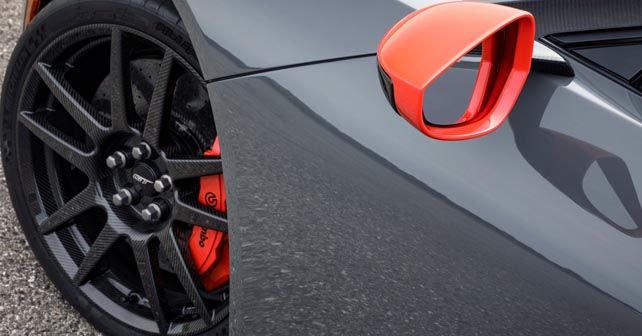 To ensure that onlookers don’t miss it for a regular GT, the Carbon Series comes with a couple of cosmetic updates, which include two exposed carbon fibre stripes with matching A-pillars. The interior features matte treatment on carbon fibre sills, centre console and air vents. Despite being a lightweight racer, Ford hasn’t stripped the GT Carbon Series of its SYNC 3 infotainment system and air conditioning. However, the engineers have removed driver’s side storage bin and cup holders in order to save weight.

Since Ford hasn’t said a word on its powertrain, we're sure that it’s going to be unchanged in this special edition version. This means the GT Carbon Series will be propelled by a 3.5-litre V6 EcoBoost motor that’s rated at 638bhp and 747Nm. Like the standard car, power will be transferred to rear wheels via a seven-speed dual clutch transmission.

There’s no word on how many units of the GT Carbon Series will be produced, its expected to be produced in very limited numbers.