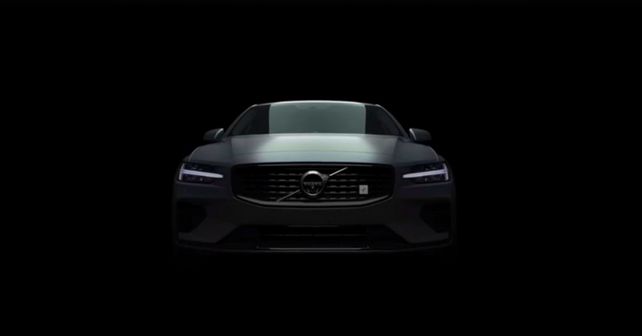 The 2019 S60 will be the first Volvo model to ditch diesel technology.

Going by that Polestar logo on the grille, the S60 variant teased is the recently announced top-end T8 hybrid with Polestar performance pack. The front of this teased model looks a bit different from the latest V60 wagon, specifically the grille and the bumper.

The 2019 S60 will mark the beginning of Volvo’s departure from diesel technology, as the Swedish company has already confirmed that new S60 will be the first Volvo car to be sold without a global engine option globally.

Otherwise, the petrol and hybrid powertrains on the 2019 S60 are expected to be borrowed from the V60. So, a 2.0-litre turbo-petrol in 247bhp/350Nm T5 and 312bhp/400Nm T6 versions will power this saloon. On the hybrid side of things, a T6 Twin Engine plug-in hybrid version with 335bhp and a bigger 385bhp rated T8 Twin Engine hybrid version will also be offered.