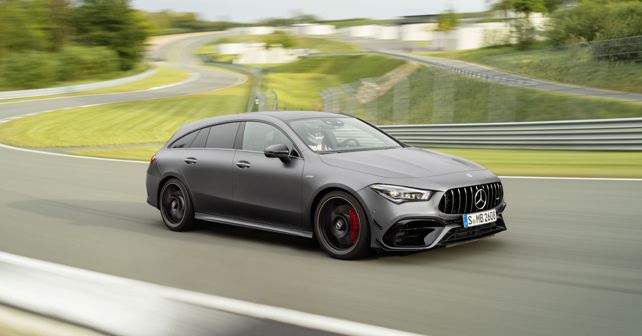 The CLA 45 AMG Shooting Brake adds a dash of practicality to the blistering performance figures of its four-door coupe sibling.

The Mercedes-AMG CLA 45 Shooting Brake becomes the latest & the most powerful addition to the brand's line-up of shooting brakes. However, since its sibling, the four-door coupe, has been recently updated, the shooting brake mirrors its sibling in terms of feature offerings & underpinnings. So, how does it differ from the current, lower-powered CLA 35 AMG Shooting Brake and its predecessor? 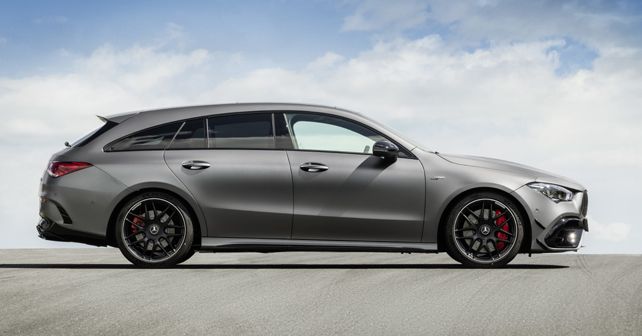 Well, the outgoing CLA 45 AMG Shooting Brake was powered by Mercedes' erstwhile 2.0-litre four-cylinder motor, which was rated at 355bhp and 450Nm of torque. Further, the old 4MATIC setup channelled power to all four wheels via a 7-Speed AMG Speedshift DCT. The new one though gets Affalterbach's newest & world's most powerful four-cylinder motor - the M139 2.0-litre turbo petrol engine, which transmits power via a new 4MATIC+ AWD system, linked to the new 8-Speed AMG Speedshift DCT box. The 4MATIC+ unit is fully variable and comes with an additional AMG Torque Control feature. 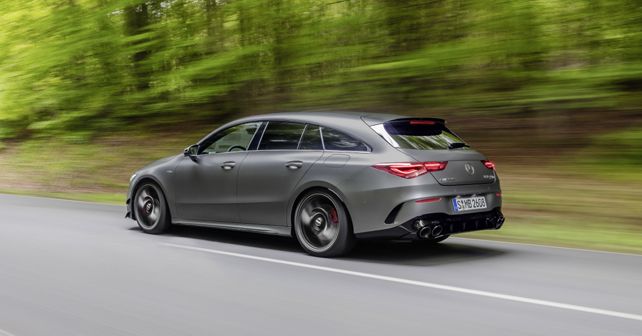 Like the coupe, the Shooting Brake will also go on sale as a 'Standard' & 'S' derivative. While the former puts out 382bhp & 480Nm of torque, the latter 'S' version produces 416bhp & 500Nm of torque. The current CLA 35 AMG Shooting Brake, meanwhile, continues to be powered by Mercedes' previous 2.0-litre motor which generates 302bhp & 400Nm of torque. The Standard derivative can be identified by its 82mm twin round tailpipes, while the S version gets bigger, 90mm exhausts with internal fluting & AMG lettering. 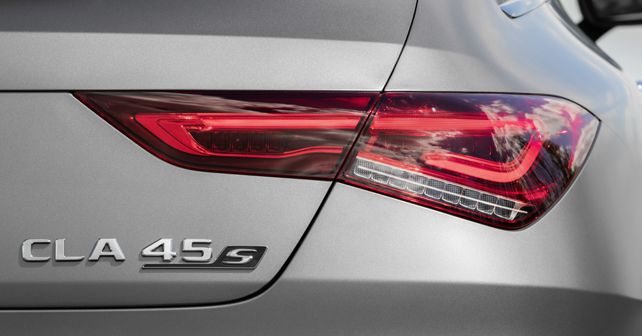