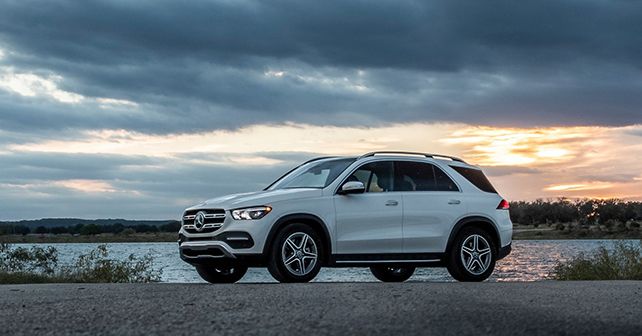 Just last week, Mercedes-Benz officially revealed that it will launch 10 new vehicles in India this year – almost one each month. This month, it is the all-new 2020 GLE. First showcased at the 2018 Paris Motor show, Mercedes has brought in the GLE to India with two engine options. The GLE starts at Rs 73.7 lakh for the 300d variant, while the 400d variant is priced at Rs 1.25 crore. The 300d will be assembled in India, while the 400d will be brought into India as a CBU.

Just like the outgoing model, the 2020 GLE too comes with two diesel engine options. Entry into the GLE family, however, will now be with the 300d – a 2.0-litre four-pot diesel that pushes out 245 horses and 500Nm. There will also be a 3.0-litre straight-six diesel on offer, which produces 330bhp and 700Nm. Both engines come paired with a nine-speed automatic transmission and are BS-VI compliant. All variants of the new GLE gets a transfer case that has a 50:50 torque distribution. The 400d, on the other hand, is the first Mercedes-Benz to get e-Active 48V suspension in India.

The new GLE borrows its design cues from the flagship GLS and is now larger than before. The increase in the overall size, including the wheelbase, has also resulted in more room inside the cabin. Speaking of which, the interior of the GLE now looks a lot more upmarket than before. It now boasts a long list of features, including four-zone climate control, a panoramic sunroof, two 12.3-inch displays for instrumentation and infotainment, a powered tailgate, and hands-free parking. Six-cylinder variants also get a six-way electrically adjustable rear seat, a 360-degree camera, and an air suspension. The 400d and the 450 also gets gesture control for the infotainment system.

The 2020 GLE will continue to compete against the likes of the Audi Q7 and the BMW X5. Bookings for the new GLE have already commenced for a token amount of Rs 5 lakh. The GLE marks the start of the series of Mercedes-Benz's product launches in 2020. The German carmaker will bring in the V-Class Marco Polo at the 2020 Auto Expo next month and its first electric offering for India, the EQC, in April.

Mercedes-Benz announces the launch of EQ brand in India