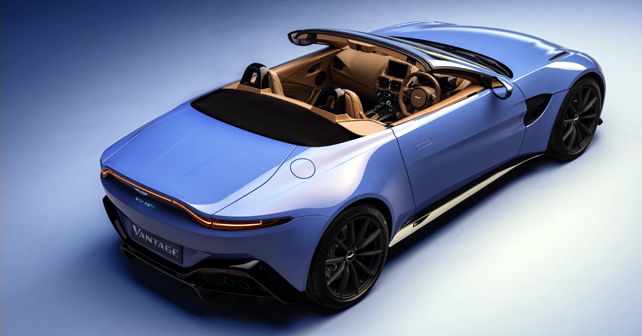 The Vantage Roadster's fabric roof can be lowered in 6.7 seconds (or raised in 6.8 seconds), making it the world's fastest folding roof (on an automatic convertible) in the market currently.

The much-revered Aston Martin Vantage, which made its debut in November 2017, has gained a new family member today in the form of the 2021 Vantage Roadster. The new convertible roadster adds touring capabilities and enhanced everyday usability to Aston's Vantage model line-up. 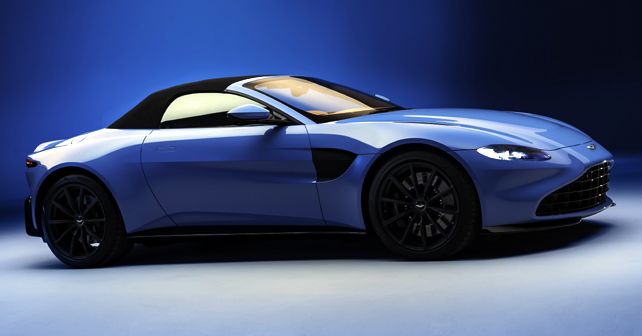 The basics, as expected, remain the same as they've been borrowed directly from the Coupé. The Vantage Roadster draws its power from the same 4.0-litre twin-turbo V8 that puts out 503bhp & 685Nm of torque (same as the Coupé). The power is sent to the rear wheels via the same 8-speed ZF automatic gearbox, giving the Vantage Roadster a 0-100km/h time of just 3.7 seconds (0.2 of a second slower than the automatic Coupé).

However, what makes the Vantage Roadster unique is the fact that it's lighter Z-fold roof mechanism gives the fabric soft-top an operating cycle of just 13.5 seconds (lowered in 6.7 seconds & raised in 6.8 seconds). Aston claims this is the quickest folding roof of any automatic convertible on sale today (that can be operated up to speeds of 50km/h). Also, thanks to clever weight-saving measures, the new Z-fold mechanism has only added 60kg to the convertible's overall weight (over the Coupé). 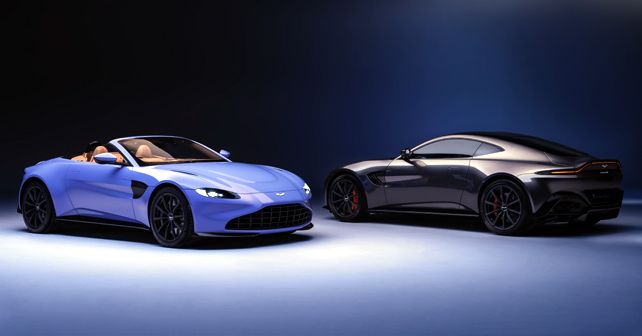 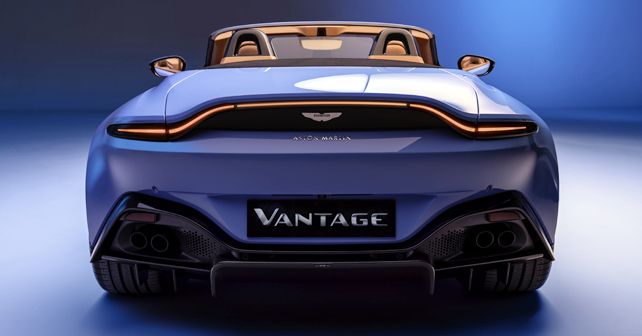 Order books for the 2021 Aston Martin Vantage Roadster are officially open, with deliveries set to begin in the second quarter of 2020.