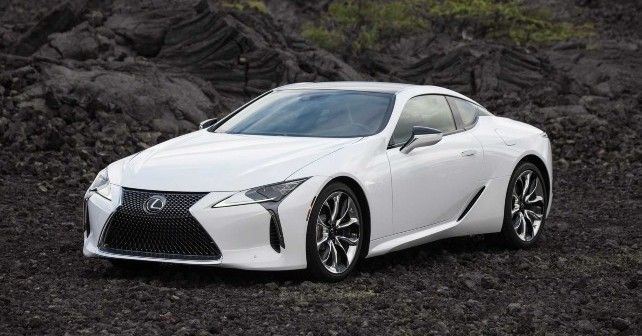 Lexus has announced a number of important updates for its LC coupe on Wednesday, which include some performance updates, a new colour, and wheel options, as well as the inclusion of Android Auto infotainment tech.

Japanese luxury carmaker, Lexus has officially announced the changes that will feature in the upcoming 2021 Lexus LC. The 2021 model of the LC will be the sharpest and most evolved LC to date. The 2021 Lexus LC will shed nearly 11 kilograms in weight, thanks to the introduction of aluminium lower suspension arms, lighter suspension stabilisers with a hollow design and revised diameter, new high-strength coil spring material, and lighter 21-inch rear wheels.

In terms of performance, the new LC will get a new suspension setup for smoother rides with sharper turn-in while keeping a softer suspension stroke. This has been done by increasing the rear stabiliser's rigidity and adjusting the electronic absorber controls. In addition to this, the new LC now also gets Active Cornering Assist for a more sporty, but safe, driving experience. The LC 500 model gets an additional performance update in the form of transmission timing and logic changes, which basically means that the 10-speed automatic Direct-Shift transmission will hold the gears longer if it feels that the driver is heavy on the throttle. The LC 500h, on the other hand, gets the updated Multi-stage Hybrid system, as it will now downshift to second when coming out of corners, so that it can accelerate better.

Of course, there have been some design changes to the 2021 LC. It now includes a unique mesh grille that spreads across the front of the car, new LED lights, a large glass panel, and blacked-out rear pillars that creates a floating roof appearance. You can also order an optional carbon fibre reinforced plastic roof for an even more exotic look. More importantly, the LC now gets some crazy new wheel options, along with two new colour options for the body and some interior design updates as well. The best new feature for entertainment is that the LC now gets Android Auto.

All other specifications including the engine, power figures, and hybrid system on the 500h remain exactly the same. The car will first start arriving at US dealerships later this year, and we expect the new LC to arrive in India sometime next year.