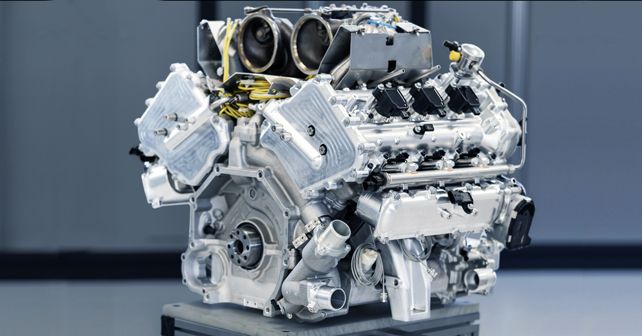 Aston Martin's first in-house designed engine since 1968 will be a hybrid, which is set to become the brand's most powerful motor on debut.

In the era of downsizing and stricter emission norms, it's not surprising to see iconic global automakers break tradition and make a move towards smaller, hybrid/electrified engines. Case in point – Aston Martin. The British marque has confirmed that it's developing an all-new in-house 3.0-litre twin-turbo V6 engine for its future mid-engine sports cars. The engine will make its debut on the 2022 Aston Martin Valhalla. 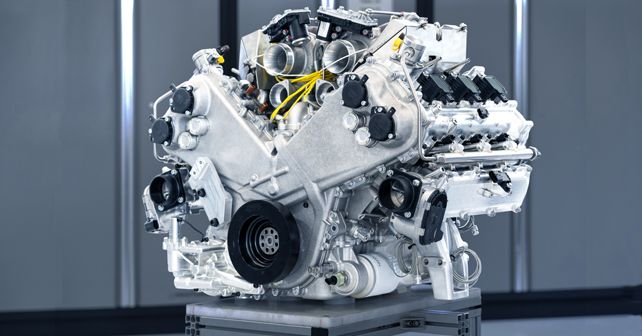 Codenamed TM01, the detailed specs of the motor will be available only when the Valhalla makes its global debut. In the meantime, Aston has shared some details about its construction. Following in the Valkyrie, the brand's first-ever mid-engined supercar, the 3.0-litre V6 unit's twin turbochargers have been set up in a 'hot V' layout – located in the 'V' of the cylinder block (much like the setup followed in the V8s supplied to Aston Martin by AMG and in Porsche's latest engines). Not only does it allow for the unit to be more compact but also weigh less – Aston claims the entire engine weighs less than 200kg. 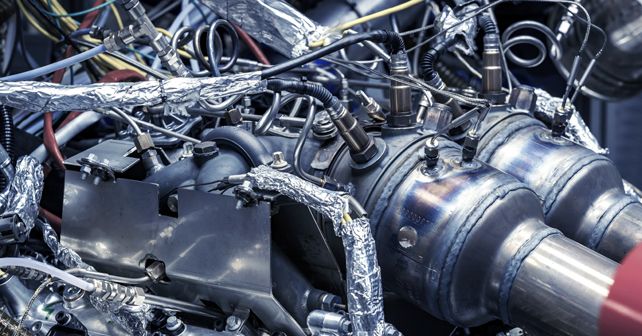 As mentioned above, the Valhalla will be the first of Aston's new midship models. Therefore, the engine will be located right behind the driver's cabin for the lowest possible centre of gravity. Aston further claims a new dry-sump system will provide next-level lubrication performance at extremely high speeds. As for the 'hot V' turbo layout, a shorter path for exhaust gases to travel means sharper throttle response. Thanks to hybrid assistance, the new motor is likely to form the most powerful powertrain in Aston's future line-up, already rumoured to generate close to 1,000bhp. Aston is also aiming for Euro 7 emission norms compliance with the new motor.

As for the Valhalla, not much is known at the moment. However, it will be the second Aston Martin model, after the Valkyrie, to be developed in collaboration with Red Bull Advanced Technologies.