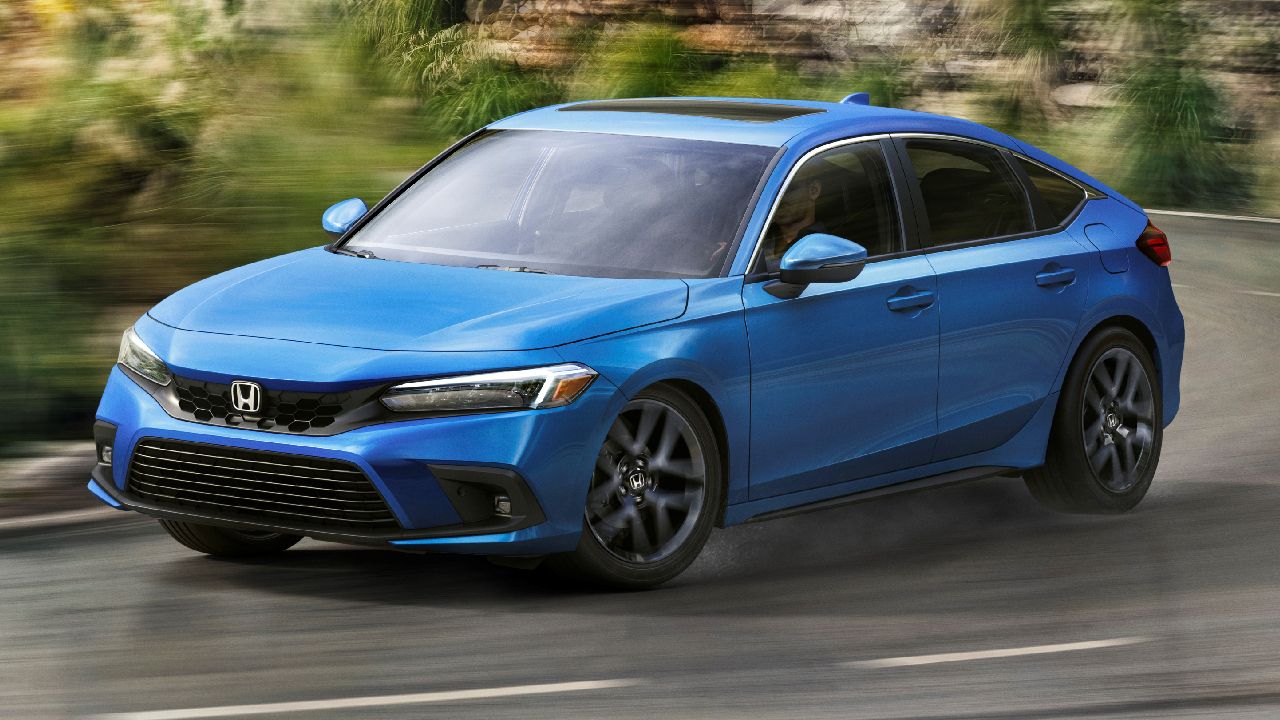 The 11th-generation Honda Civic hatchback has been unveiled. Along with the standard hatchback, Honda has also announced the timeline for its hybrid and Type R versions.

The 11th generation Honda Civic recently broke cover in the international market. And now the Japanese carmaker has unveiled it in the hatchback form. The Civic hatchback will go on sale in the international market sometime in September. Along with the Civic hatchback, the company has also announced its hybrid version – based on the 11th gen car – and the new Honda Civic Type R, both of which have been scheduled for 2022. 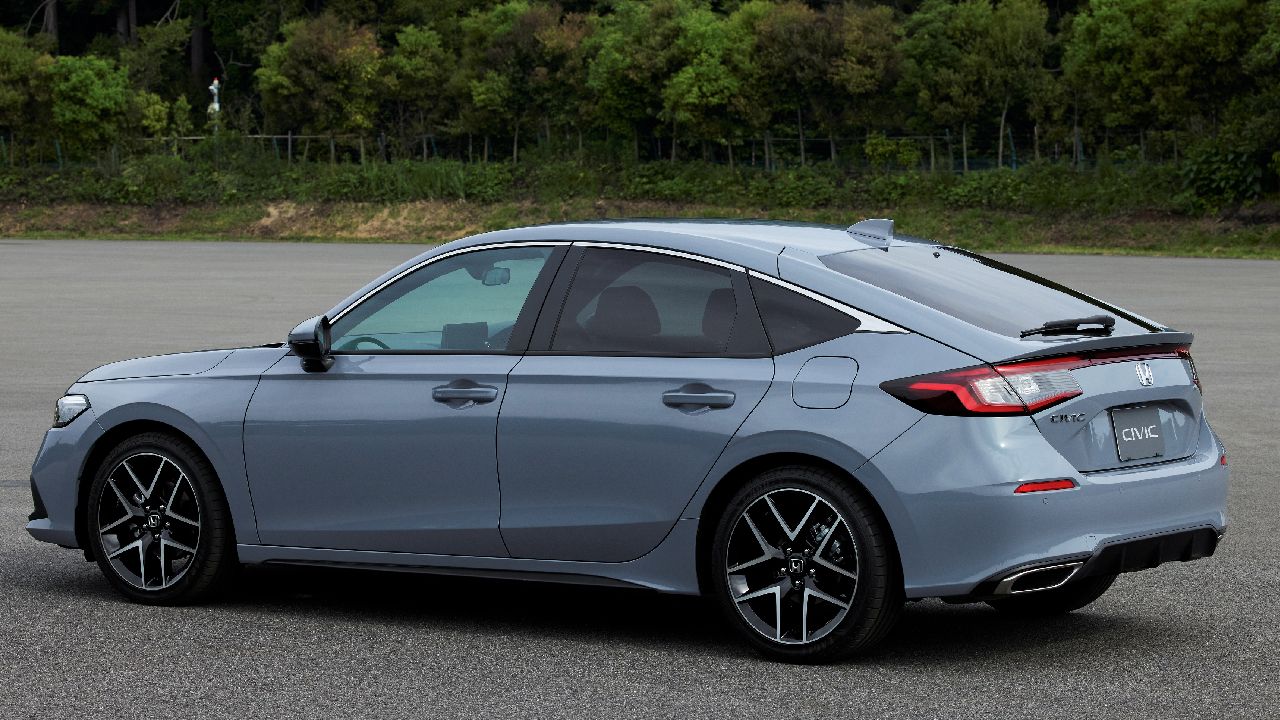 While the Civic hatchback hybrid e:HEV will have a two-motor powertrain, the Type R is expected to continue with a turbocharged K20C1' 2.0-litre four-cylinder engine. The power figures are likely to be north of 320bhp.

Speaking of the hatchback, the fascia is identical to the sedan version of the Civic. The sloping roofline blends into the rear hatch, and there is a fixed spoiler too. Compared to the previous generation, the 11th gen Civic hatchback has a 35mm longer wheelbase. Also, the rear wheel-track is wider by 12mm. The overhang has been shortened by 124mm compared to that of the previous generation Honda Civic hatchback. Additionally, Honda has recalibrated the steering system and worked upon the suspension system to reduce friction. 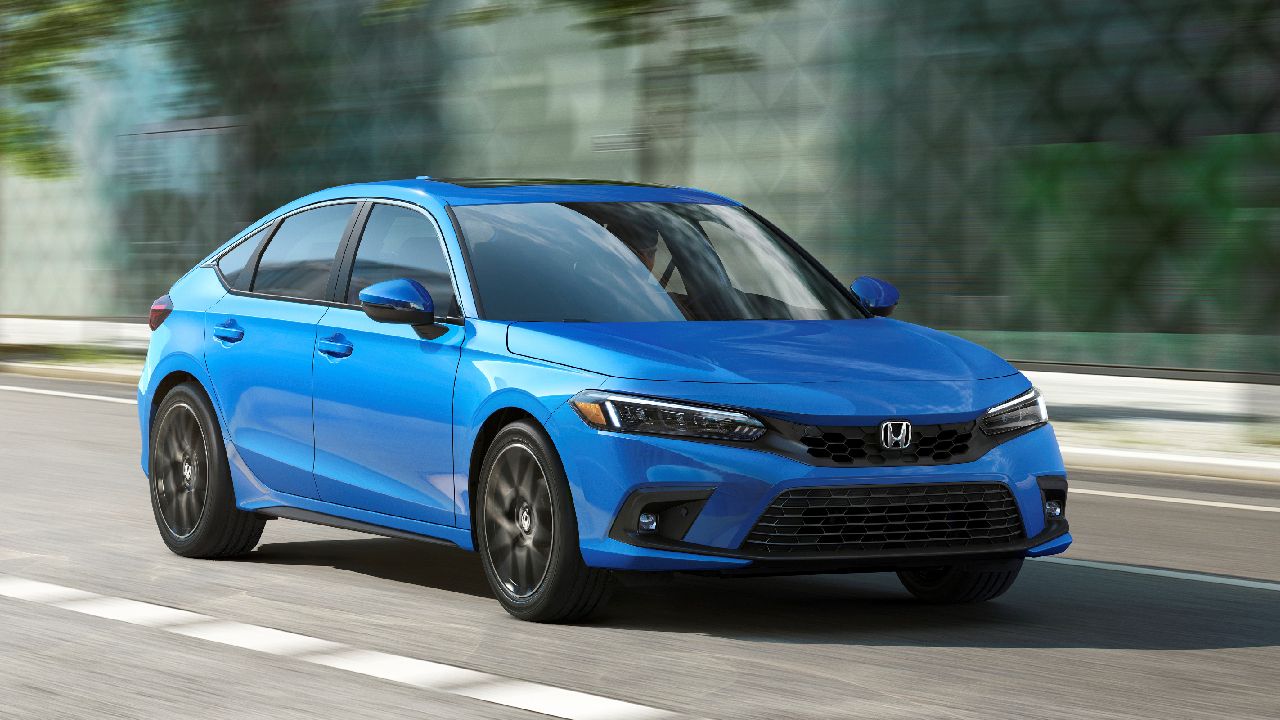 The engines on offer are two petrol-powered units. One of them is a 2.0-litre naturally aspirated four-cylinder engine, which puts out 155bhp and 187Nm of torque. The engine will come mated to a six-speed manual or a (revised) CVT transmission. Honda claims that this engine will offer improved fuel efficiency, given that the company has worked upon drivetrain losses and that it incorporates a new catalytic convertor design. A new-idle stop system (CVT Only) also adds to the overall efficiency, says Honda. The 2.0-litre engine will be offered in the LX and Sport variants. 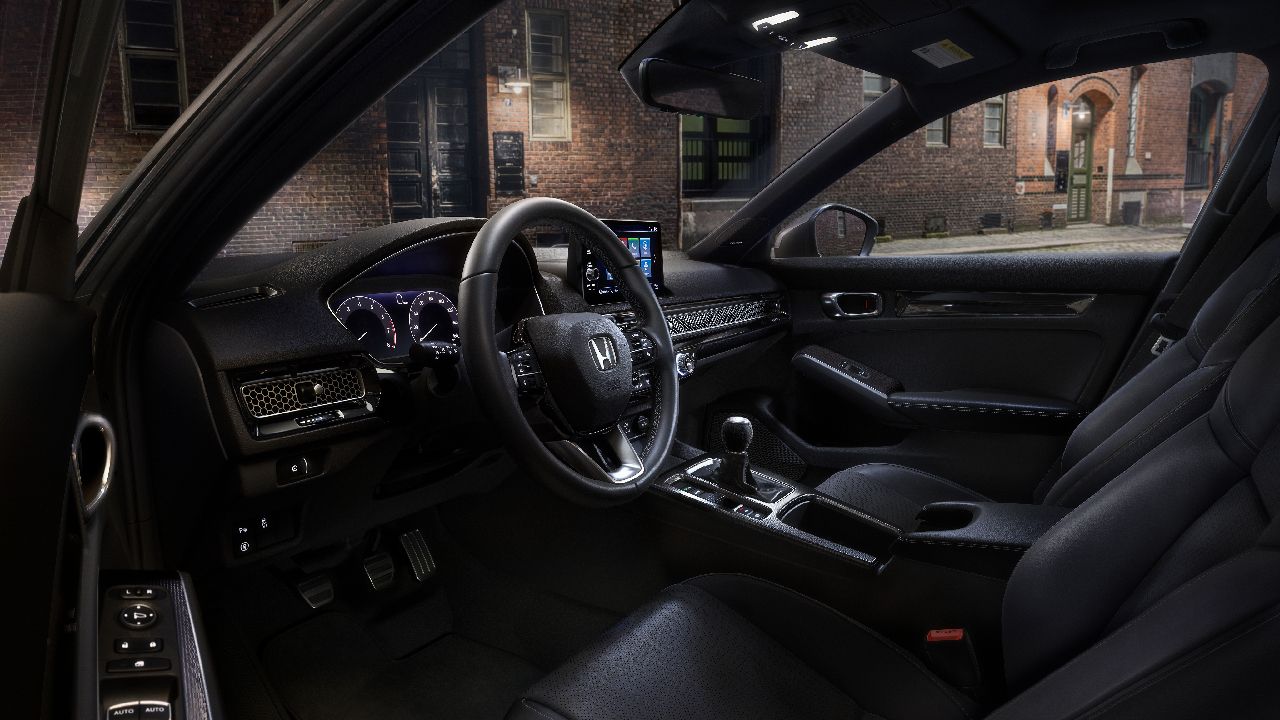 The second engine is a 1.5-litre turbo-petrol unit, which will be offered with the EX-L and Sport Touring variant of the Civic hatch. The engine is capable of producing 177bhp and 240Nm of torque. The addition of a dual-mass flywheel has improved the mechanical vibrations, says Honda. This engine too is available with a six-speed manual or a (revised) CVT transmission.

The cabin gets a new digital 10.2-inch instrument cluster. The LX, Sport, and EX-L variants come standard with a new 7-inch touchscreen system, whereas, the Sport Touring features an all-new 9-inch infotainment system. Apple Carplay, Android Auto, and Bluetooth connectivity are standard on all the variants. It also gets a Bose sound system with 12-speakers for multimedia. 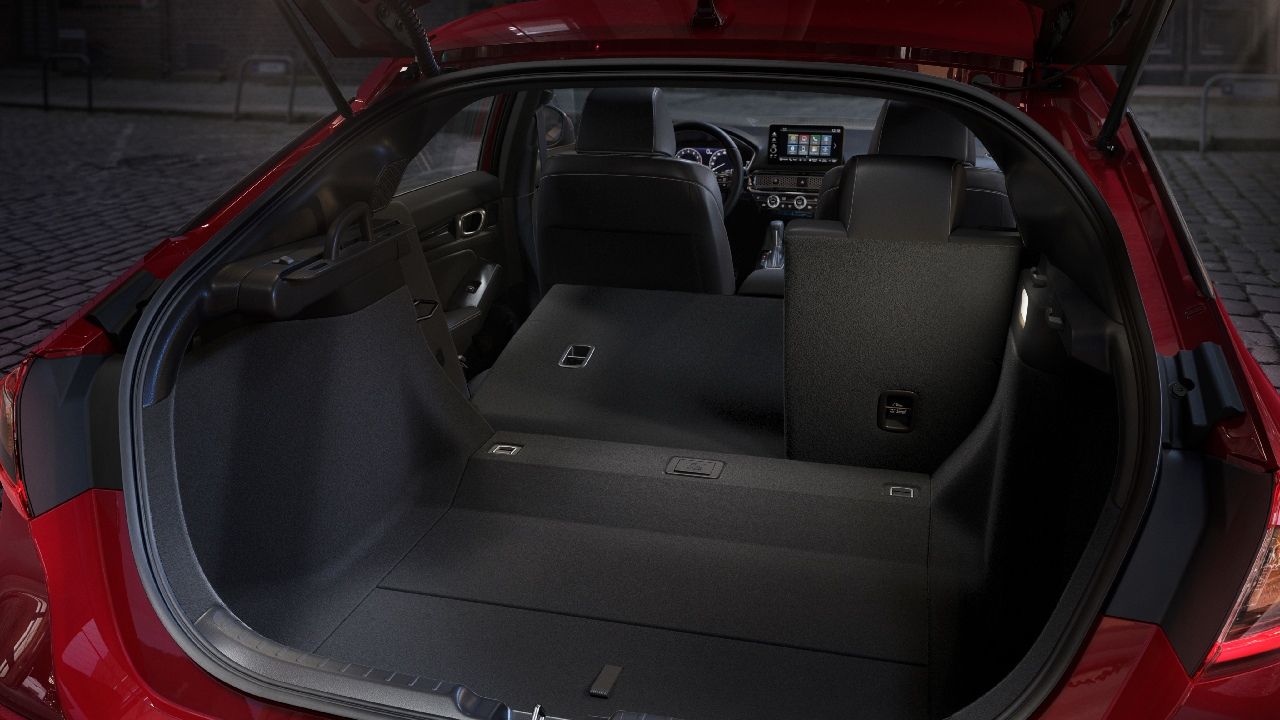 The Civic also features low-speed braking control, which works with eight SONAR sensors – four in the front and four at the rear – to apply brakes at low speed if the system senses an obstruction in the path. The list continues with Adaptive Cruise Control and Lane Keep Assist.

The 10th-generation Honda Civic was discontinued in the Indian market in December last year. Since then, Honda has been focusing on its hatchback and compact and subcompact sedans in India and has not shown any signs of bringing back the Civic. However, with the launch of the 4th gen Skoda Octavia, Honda could reconsider stepping back into the C-segment sedan space. 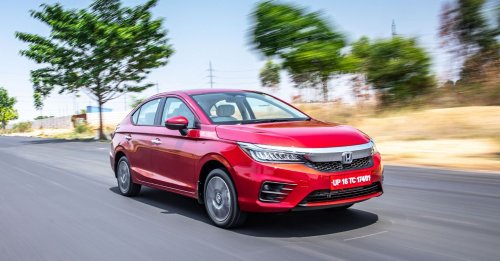 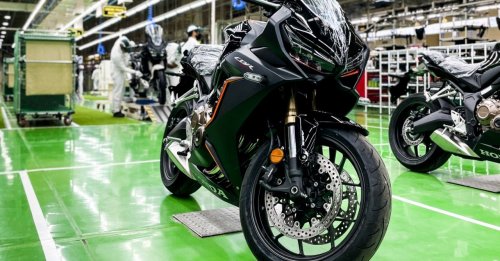 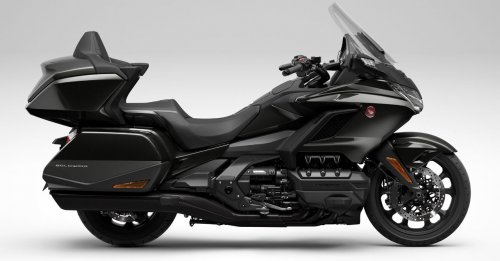 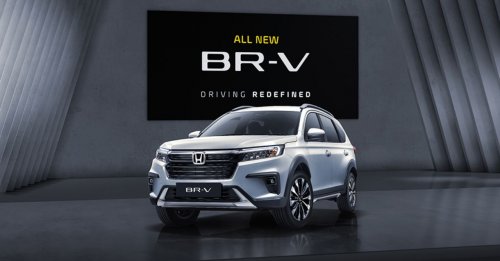