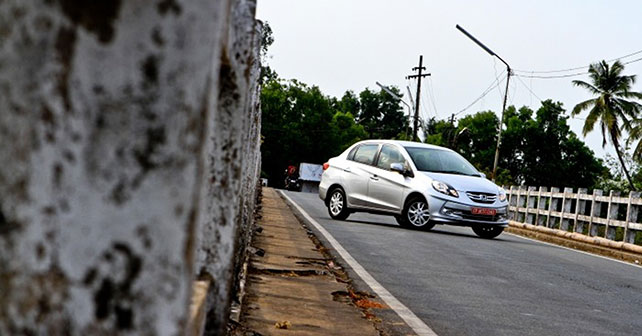 Honda India announced that it has delivered 30,000 Amaze compact saloons in the country. The Japanese carmaker claims that the Amaze is the fastest of any of its models to clock 30,000 sales in the company’s history in India.

Jnaneswar Sen, senior vice president, marketing and sales, Honda Cars India, said, “The Honda Amaze was conceptualised, produced and marketed as a family car for the evolving India. We are ecstatic with the overwhelming response received for Amaze since the launch and are delighted having delivered 30,000 Honda Amaze to our customers.”

He went on to say that, “Aggressive localization of more than 90 percent in Honda Amaze has helped us price the Amaze competitively.”

Honda intends to strengthen its dealership network and wants to penetrate into new markets which will give them a chance to touch base with more customers. Currently it boasts of sales and distribution network of 154 facilities in 98 cities and Honda will be adding to that number to take the tally up to 162 outlets in 102 cities.