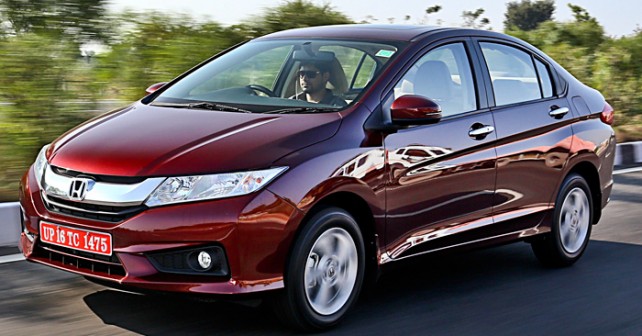 The 4th-Generation Honda City has become the fastest mid-size sedan to cross the 1 lakh sales mark in India, the Japanese car maker announced in an official statement.

Launched in January 2014, the new City has been bought by 101,299 customers over a period of 15 months, accounting for majority of Honda’s sales in India.

Commenting about the success of the popular sedan, Mr. Jnaneswar Sen, Senior Vice President, Marketing & Sales, Honda Cars India Ltd said, “This is a very proud moment for us. City brand has been the face of Honda in India, enjoying strong leadership and popularity in its segment ever since its launch. We would like to thank our customers for the confidence & continuous support that has enabled the brand to grow from strength to strength.”

“While retaining the traditional set of sedan buyers, the new City has been able to attract a large number of young buyers. 30% of the customers have bought the City as their first car,” he added.

The 4th Generation City builds up on the success of the previous three variants which brought joy to 4.3 lakh customers across the country.

It is the second Honda made car in India to offer a diesel version, after the compact sedan Amaze.