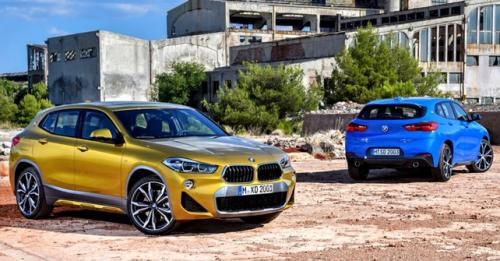 The BMW X2 is basically a more youthful take on the X1, with the most distinctive design of any SUV from the X lineup.

The BMW X2 has been revealed as the latest addition to the Bavarian company’s SUV lineup. As the name suggests, the new X2 will find its place right in between the X1 and X3.

The new X2 is based on BMW’s front drive UKL platform, that also underpins the X1, 2 Series Active Tourer, and many cars from Mini’s stable. The X2, in fact, can be deemed as a sportier, slightly more premium X1.

The design elements of the new SUV are largely carried over from the Concept X2 that was showcased in 2016. The X2 exhibits a more contemporary take on BMW’s design language. The most standout feature has to be the new inverted kidney grille setup, which will definitely help this car stand out. It is also shorter, and more than 70mm lower than the BMW X1, that gives it a sportier, more aggressive stance. There is a sweeping, semi-coupe like silhouette, though it’s nowhere as well pronounced as the X6 or X4.

The insides of the BMW X2 reflects characteristic BMW design elements. Depending on the model chosen, the iDrive infotainment system features either a 6.5-inch or 8.8-inch touchscreen, along with Apple CarPlay. BMW’s latest driver assists systems like lane departure warning, active braking and parking assist are available too. The X2’s interior, again depending on the model, can be wrapped in premium materials like leather and Alcantara. 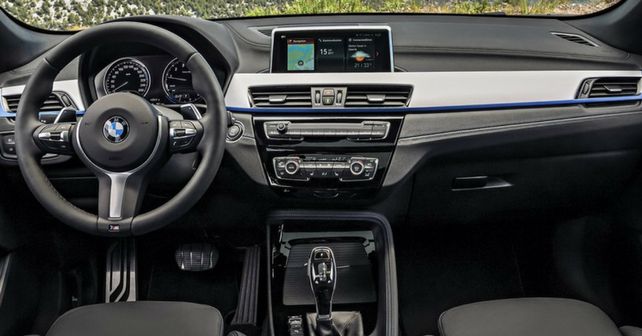 The 2.0-litre diesel engine under the bonnet of the most powerful BMW X2 xDrive25d generates an output of 228bhp and 450Nm, and can do the 0-100km/h sprint in 6.7 seconds. Other powertrain options will include turbo petrol and diesel engines, both of which produce 187bhp. As with all X models, BMW’s xDrive AWD system will be optional. The xDrive equipped models will be paired with a familiar ZF 8-speed automatic gearbox. However, the front drive models will get a new 7-speed dual clutch gearbox. Sometime later in 2018, more engines will join the X2 lineup, most noticeably a 3-cylinder turbo petrol unit.

The new BMW X2 will start arriving in showrooms globally in the spring of 2018. It is still not sure whether this new SUV will make it to India or not. Currently, there is a Rs. 7 lakh price gap between the top-end X1 and the base X3 in India. If launched here, BMW can squeeze in the X2 within that price bracket.