ABT makes the Audi R8 V10 Plus angrier 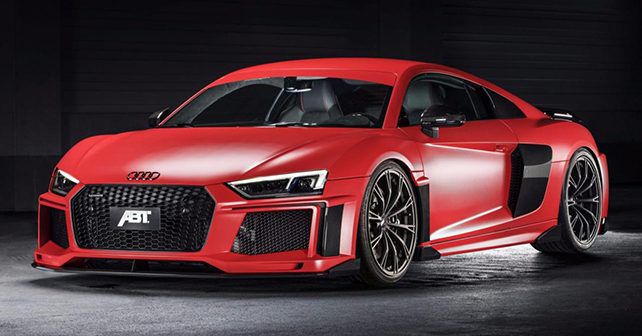 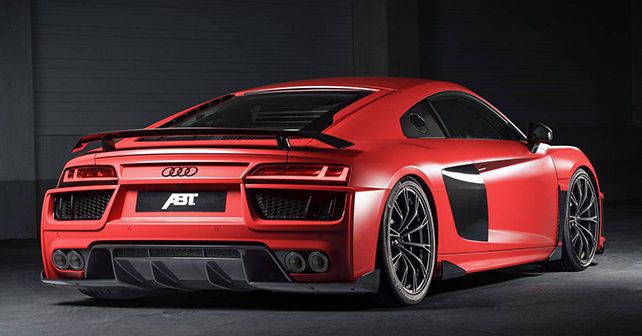 ABT Sportline has revealed their tuned-up version of the latest Audi R8 V10 Plus and it looks like its in a very bad mood.

ABT Sportline, a German motorsport and tuning company, usually takes stock cars from VW and infuriates them. Now they have gotten their hands on Audi latest R8 V10 Plus and has transformed it into a beast.

If you though the regular R8 was a little conservative in terms of styling, maybe ABT has the answer for you with its idiosyncratic body kit. The front bumper is new and looks determined to kill, the entire rear bumper is redone with a larger diffuser make it look more aggressive, similar treatment has been given to the side skirts as well.

But the ABT R8 isn’t what you’d call ‘all show and no go’. ABT has taken the naturally aspirated V10 engine, which as standard develops 601bhp, and tuned it to churn out 20 more horses. The engine now produces 621bhp and the car can reach over 330km/h. ABT has also gone to the lengths of putting it on a diet and shaved off 22 kilograms. Both of those cumulatively will help in better acceleration, especially with the Quattro all-wheel drive system. While the standard car can do 0-100km/h in just 3.2 seconds, ABT has not announced the official acceleration time as yet. But we believe – with the added power, shaved weight and the all-wheel drive system, it will be sub-three second car.

The standard R8 V10 Plus is a phenomenal handling machine. However, the suspension in this one has also been tweaked with new coil-overs which were developed in-house by ABT to deal with the extra power load.