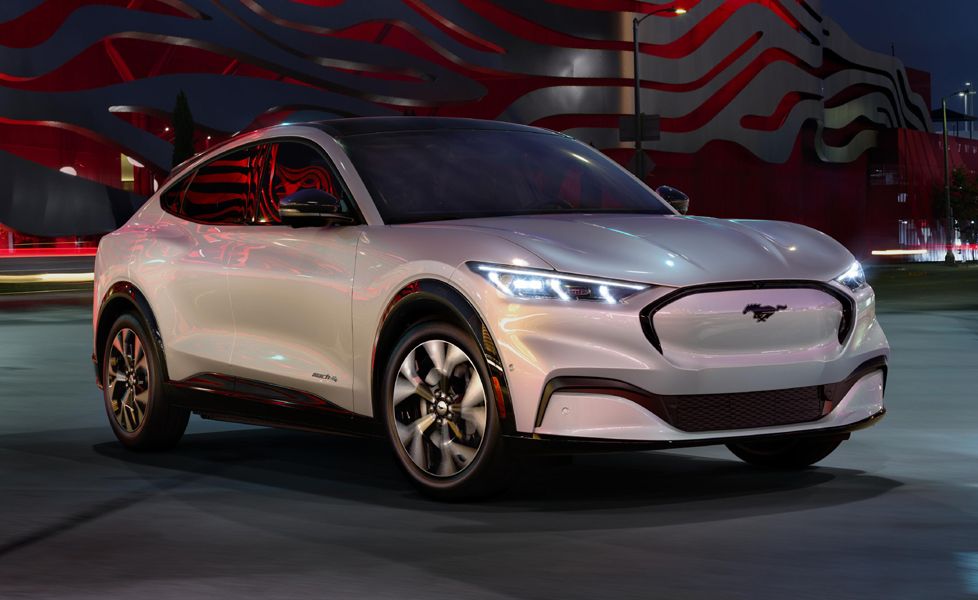 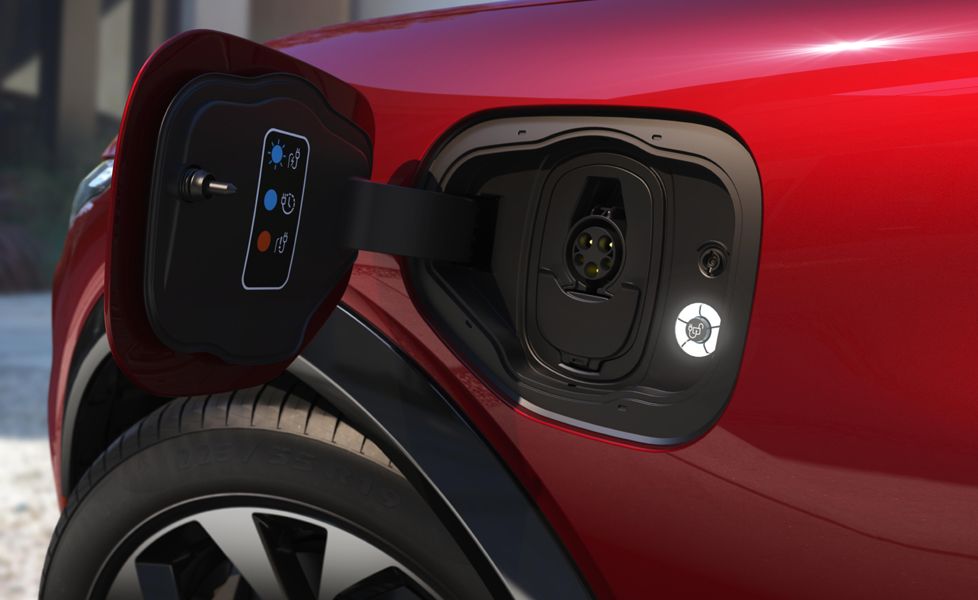 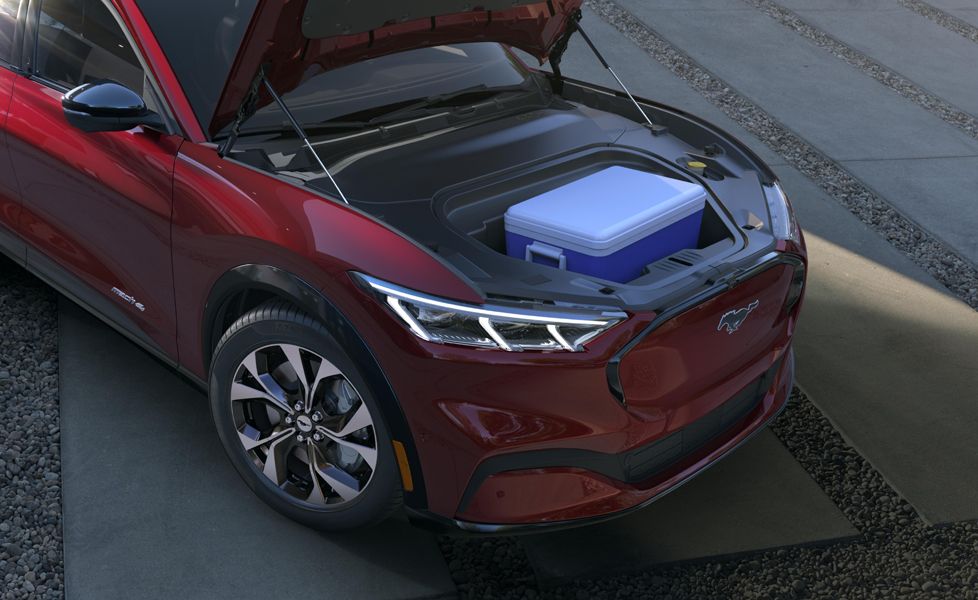 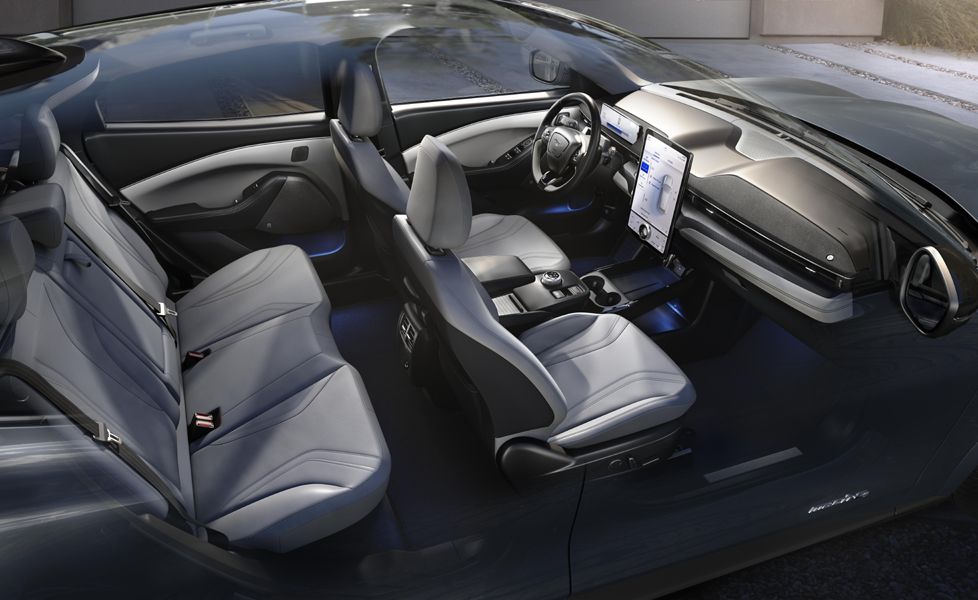 Ford's electric pony has finally been revealed and will make its commercial debut in late 2020.

For the first time in 55 years, Ford's Mustang family is joined by an all-new member - the all-electric Mustang Mach E. The electric SUV is also Ford's debut all-electric model. However, those willing to get one for themselves will have to wait for quite a while as the Mach E's commercial availability is only expected to begin by the end of 2020. Further, the full variant line-up is expected to be available by Spring 2021. For now, Ford has opened its order books for the Mach E and potential customers can reserve their Mach E against a $500 deposit.

Coming to the technical bits, the Mach E will go on sale with two battery configurations: Standard-Range (SR) & Extended-Range (ER). Each configuration will further be available with a choice of either RWD (Rear-Wheel-Drive) or AWD (All-Wheel-Drive). The Standard range version will be powered by a 75.7 kWh lithium-ion battery, capable of offering an approx. driving range of 338km, whereas the latter will get a more powerful 98.8 kWh battery, with an expected driving range of 483km. The Mach E's battery also features liquid-cooling tech to optimise performance & charging. 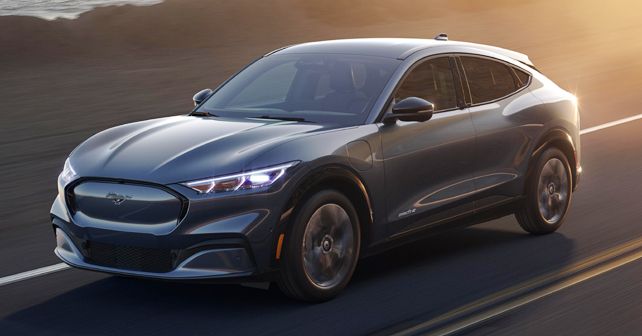 There will be five trim options available for the Mach E. In terms of pricing, the range will start from the base Select variant and will continue onwards with Premium, California Route 1, First Edition & the range-topping GT version. As the name suggests, the First Edition will be a limited-production version that will feature red-painted brake callipers, metallic pedal covers, contrasting seat stitching and a scuff plate marked 'First Edition'. The power and torque figures are likely to be targetted at 332bhp & 565Nm (ER, AWD configuration). 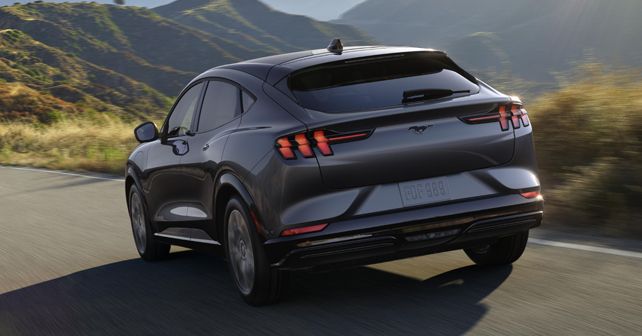 The range-topping GT version will be performance-oriented, with another GT 'Performance Edition' in the line-up. While both versions will pack close to 459bhp & 830Nm of torque, the former GT version is expected to have a 0-100km/h time of under 4 seconds, making it quicker than a Porsche Macan Turbo. The GT Performance Edition, meanwhile, will target a 0-100km/h time in the mid-3 second range, which will be comparable to the Porsche 911 GTS. 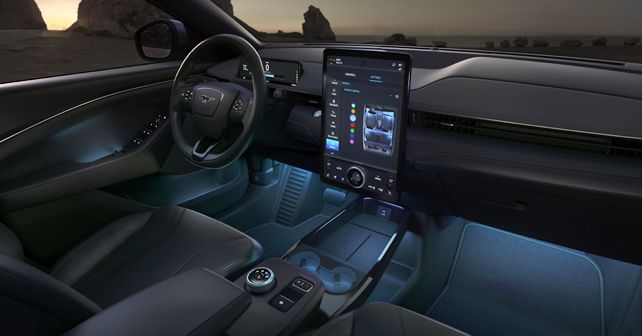 The Mach E will also mark the debut of Ford's new fourth-gen SYNC infotainment system that will feature Over-The-Air (OTA) updates and a large 15.5-inch vertical touchscreen. As is the norm with all modern EVs, the Mach E also remains light on buttons in the cabin. Along with a central infotainment screen, the driver will also be greeted by a 10.2-inch digital instrument cluster. The cluster changes graphics as per the Mach E's rather quirky-named driving modes: Whisper, Engage & Unbridled!