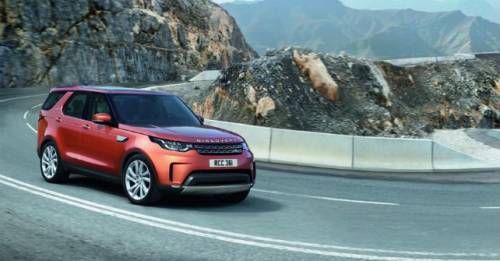 Carries a price tag of Rs 68.05 lakh for the base trim. Bookings commenced

Land Rover has officially opened bookings for the new Discovery starting today. Interested customers can either book the SUV online or at any of the 25 authorised dealerships across the country. Although the British car maker is yet to launch the car in India, they have announced the price of the SUV - the base variant will start at Rs 68.05 lakh (ex-showroom). The SUV will go on sale in India in November 2017.

The new Land Rover Discovery is based on the Discovery Vision Concept that was first showcased at the 2014 New York Auto Show. This is the third generation of the Discovery to go on sale in the Indian market. This new generation model gives the boxy design the boot and bringing it in line with the current generation Land Rover models.

The Discovery comes with a petrol as well as a diesel engine options. The TD6 diesel churns out 255bhp and 600Nm from a 2,993cc motor. The gasoline trim on the other hand also comes with a 3.0-litre motor but it makes peak power of 335bhp and max torque of 450Nm. Both these engines are mated to an 8-speed automatic transmission. Land Rover claims that the Discovery diesel can do the 0-100km/h dash in just 8.1 seconds while the petrol Discovery can achieve the feat in 7.1 seconds. Both engine variants come with four-wheel drive.