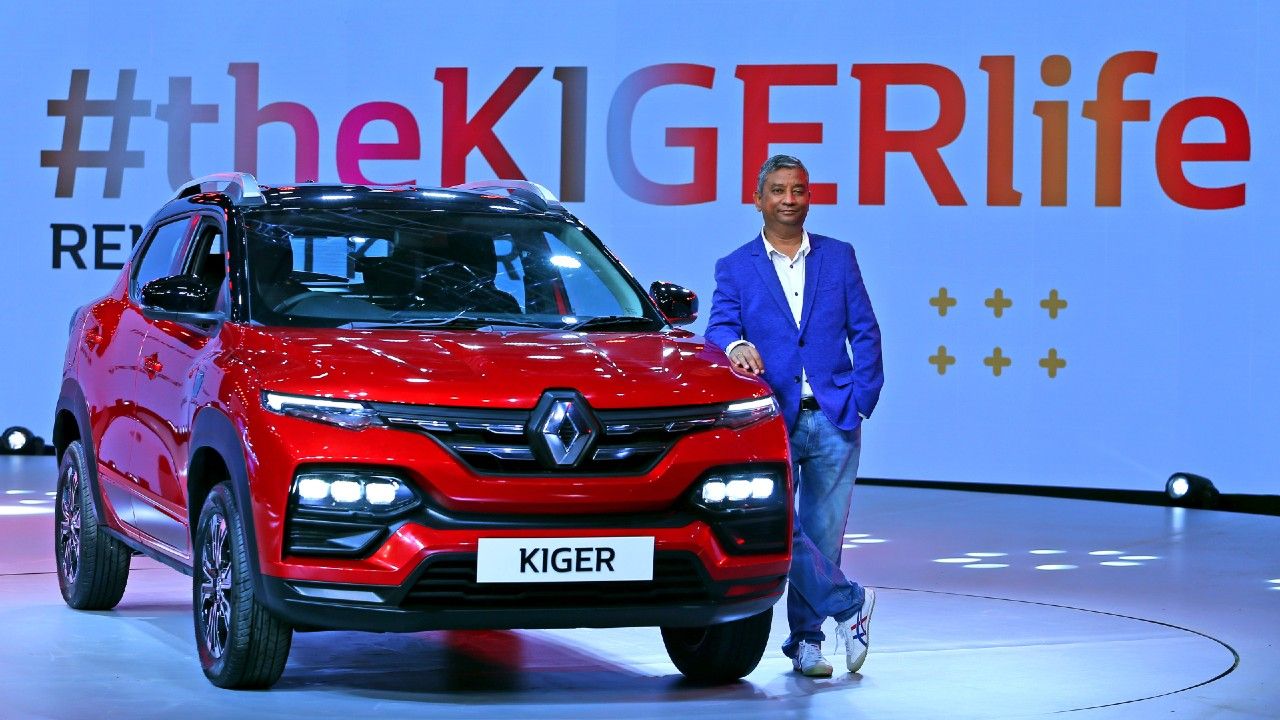 Based on Renault-Nissan’s CMFA+ platform, the Kiger will be powered by a 1.0-litre petrol heart that will be offered in two states of tune and three transmission options. Scheduled to be launched in March, the Kiger is likely to be priced starting Rs 5.5 lakh

Two months after showcasing the concept, Renault has taken the wraps off the production-spec Kiger. The new product will mark Renault’s entry into competitive compact SUV space, and promises to be a game-changer for the brand.

As promised, the Kiger draws a lot of its inspiration from the concept. The tall flat bonnet, wide grille with the oversized insignia, the large bumper as well as the horizontally stacked LED headlights, all look somewhat identical to the concept. From the side, the Kiger looks like a larger sibling of the Kwid – which it actually is. The C-shaped LED taillamps are somewhat reminiscent of the 2020 Captur – not as sharp though. As far as dimensions go, the Kiger is 3,991mm long, 1,750mm wide and 1,600mm tall. At 2,500mm the wheelbase of the Kiger is identical to the Nissan Magnite, Hyundai Venue and the Kia Sonet, but marginally smaller than the Honda WR-V. In terms of practicality, the Kiger is likely to score well thanks to its massive 405-litre boot space.

Speaking about the design, Laurens van den Acker, EVP, Head of Design, Groupe Renault, said, “True to the promise of the show-car, Renault Kiger is a robust, dynamic and generous SUV. Armed for travel in the urban jungle, we also designed it for the outdoors and to easily navigate any type of road conditions. Kiger has a distinctive SUV look and its long wheelbase enables great space and volume on board. Its ‘smart cabin’ has been specially designed to encourage sharing and convenience.”

On the inside, the dash has been washed in grey with black highlights all around in the cabin. Taking centre stage is an 8-inch touchscreen infotainment unit that gets Apple CarPlay, Android Auto, as well as voice command. This infotainment system can be paired with up to 5 devices via Bluetooth. Higher variants of the compact SUV will come with a 4 speaker and 4 tweeters, and speed-sensitive volume control. The Kiger also comes fitted with a fully-digital instrument cluster. Key features include button start, keyless entry, climate control, ambient lighting and more.

The Kiger will be powered by the same engine options as its cousin, the Nissan Magnite. Lower-spec models will get the 1.0-litre naturally aspirated motor that develops peak power of 71bhp and 96Nm. This engine either comes paired with a 5-speed manual or Renault’s Easy-R AMT. For those looking for better performance, the French carmaker will also have the 1.0-litre turbo petrol on offer in the 99bhp and 160Nm state of tune. This engine comes mated to a 5-speed manual or a CVT option.

Expected to be launched around March 2021, the Renault Kiger is likely to be priced starting Rs 5.5 lakh. The Kiger will compete against its cousin, the Nissan Magnite, along with other products in this class like the Hyundai Venue, Kia Sonet, Maruti Suzuki Vitara Brezza, Tata Nexon, Ford EcoSport and the Honda WR-V.